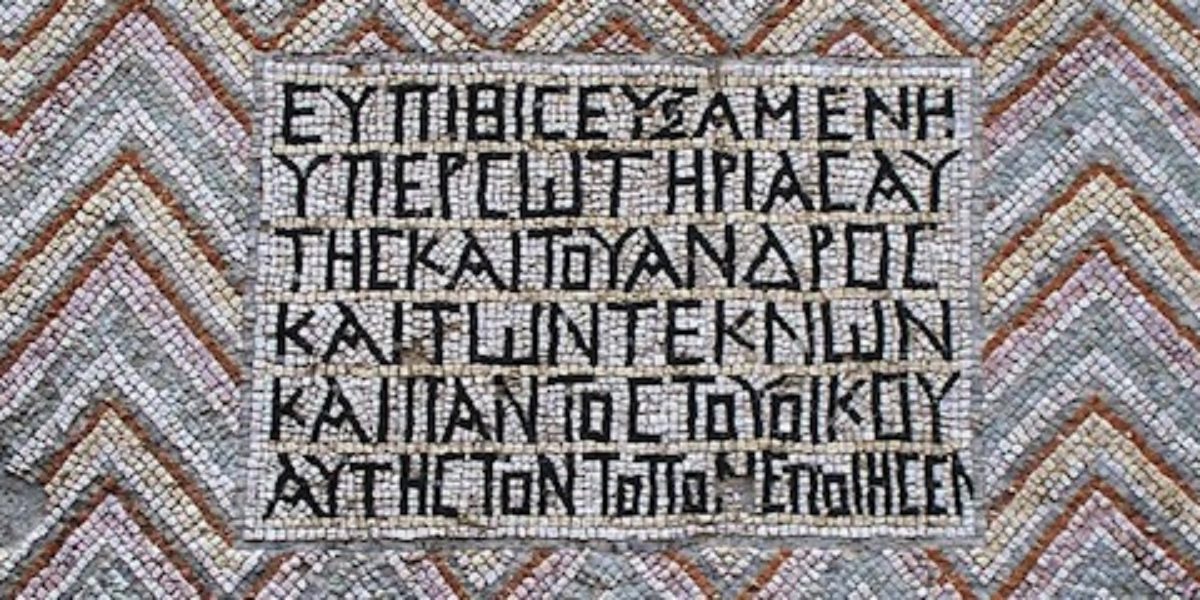 The convergence of the common dialects towards the Attic continued to such a degree that, when the Macedonians united all the Greeks under their banners and declared the Attic dialect as the official language of their state, this was easily accepted by all. Out of this linguistic unity emerges a new common language: the Koine (koine=shared, common), firmly based in the Attic dialect.

The Koine was spread widely in the then known world and became an international language, subsequently fostered in its dissemination by the Roman Empire. It acquired a relative homogeneity in its written form, but maintained flexibility, variety, and admixtures with local dialects in its spoken form.

The Macedonian hegemony had great linguistic consequences for the Greek Koine. Through the Macedonian conquests Koine was spread geographically to Asia Minor, Egypt, Syria, Mesopotamia, Persia, India, and Afghanistan. It became the lingua franca, the dominant international language of the civilized world, and competed successfully with the other lingua franca, Aramaic. Still, the bilingual status of the indigenous populations did not leave the Koine itself or its structure unaffected.

The sources for studying the Koine are various: inscriptions of the post-classical era, papyri, the Old and New Testaments, texts by scholars, and others. Inscriptions and papyri are original linguistic documents of their times, without the “corrective” interventions by scribes of later times. Papyri are especially important, because they are unofficial documents, spanning almost a millennium of texts representing the spoken language of all social strata and professional classes. However, they should be studied with care, as many of the writers were only half-Hellenized and prone to mistakes. The Old and New Testaments were also translated or written in the living, spoken language of the people, or very near it, to better appeal to the simple people of the times. Scholars of this period also provide invaluable information, despite – or, actually, because of – the fact, that they are criticizing and condemning the changes and in contrast praising the “pure” Attic dialect.

In phonetics, a distinction was no longer made between the long and short vowels, the pitch accent became a stress accent, the aspirates were no longer pronounced, and neither was the iota subscript, which was also omitted in the writing of non-scholarly texts, iotaization (pronouncing formerly different vowels as an ‘i’ sound) occurred, some diphthongs turned into simple sounds, and the first signs appeared of consonant cluster changes and vowel silencing.

In morphology, the innovations include the elimination of the dual number, the restriction of the use of the dative, which was substituted with the genitive, the accusative, or prepositional periphrases, simplifications in the declensions accompanied by metaplasms by analogy with the aim of avoiding anomalies and the gradual formation of new nominatives which caused the third declension to be partially absorbed by the first. Anomalies are eliminated in word formation as well, as in the formation of superlatives and diminutives with more regular declension, which are gradually used instead of the initial words. The metaplasms in verb formations include: ancient verbs in ‑μι now ending in ‑ω, the gradual omission of the syllabic augment in the past participles and the augment in the past tenses, a large part of the middle voice being morphologically absorbed by the passive, and an inclination towards typological regularity in verb declension.

Innovations in vocabulary begin due to the radical changes in political, cultural, and social views. There are, of course, also linguistic reasons, but those changes can be traced back mostly to the changing living conditions of private and public life and the mentality of the people. Small and difficult to decline words are made obsolete, foreign loan words are introduced into the language, mostly of Latin origin, but also Hebrew (from the Old and New Testaments) and Egyptian, as well as Latin productive suffixes.

The Roman conquest that followed the decline of the Hellenistic world, the widespread bilingualism created already in the first century BC a movement of linguistic purism which was going to dominate the history of the Greek language for the next nineteen centuries, well into the twentieth century AD.

Some Greek scholars, the so-called Grammarians of Alexandrine and Roman times (1st century  BC – 2nd century AD), were opposed to the Koine and wrongly believed it to be responsible for the decline of literary production. Opposition to the Koine also grew, when it became the linguistic medium of Christianity. So, the religious and ideological rift between the pagans and the Christians became a linguistic one as well: the first Christians not only had to apologize for their new religious belief but also for their linguistic habits and the correctness of the language used in the Bible. However, even though the Christian Church initially employed the living language of the people, it later became more scholarly, steeped in Greek education, and thus alienating itself from the linguistic feel and understanding of the people.

The scholars opposed to the Koine turned to the classical Attic dialect of the fifth century BC and essentially started the diglossia problem that is plaguing Modern Greek even in the present. This “Atticism” movement was a nostalgia for the long lost cultural and linguistic “purity” represented by classical Athens and its linguistic medium, the classical Attic dialect. They rejected the spoken language as “impure” and “corrupt” and sought the classical purity. They expressed themselves with aphorisms against popular usage and wrote mostly prescriptive texts, with examples of what should be used and what not, of what was correct and what wasn’t. Their intransigent linguistic archaism led to a rigid, inflexible language removed from the people, and the chasm between the written and spoken word continued to grow, as the written word became fossilized while the spoken language kept evolving.

The accent signs were an invention during the Koine period. Accents needed to be noted when students of the Homeric and classical texts encountered fossilized words foreign to them and did not know how to pronounce them. However, the conservation of the circumflex accent sign (perispomene) or the breathing diacritics did not make any sense, since no distinction was made anymore between the long or short vowels, or between the aspirations or not of the initial syllables. Writing in lower case was not made official until the 9th century, when the upper case letters of ancient Greek were rounded, simplified, and connected to each other with the aim to save time and space.