The convergence of the common dialects towards the Attic continued to such a degree that, when the Macedonians united all the Greeks under their banners and declared the Attic dialect as the official language of their state, this was easily accepted by all. Out of this linguistic unity emerges a new common language: the Koine (koine=shared, common), firmly based in the Attic dialect. END_OF_DOCUMENT_TOKEN_TO_BE_REPLACED 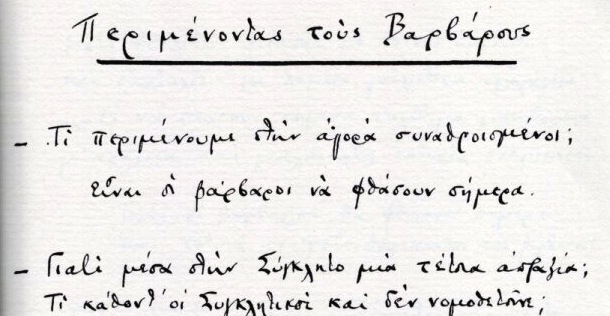 The year 1453 as the end of the medieval period and the start of the Modern Greek period is only a conventional one. The historical periods in the development of the Greek language cannot be clearly defined, because the rate of internal renewal has been very conservative and the transitions between changes have been very smooth. Many elements in the Greek language are still unchanged from Ancient Greek. END_OF_DOCUMENT_TOKEN_TO_BE_REPLACED