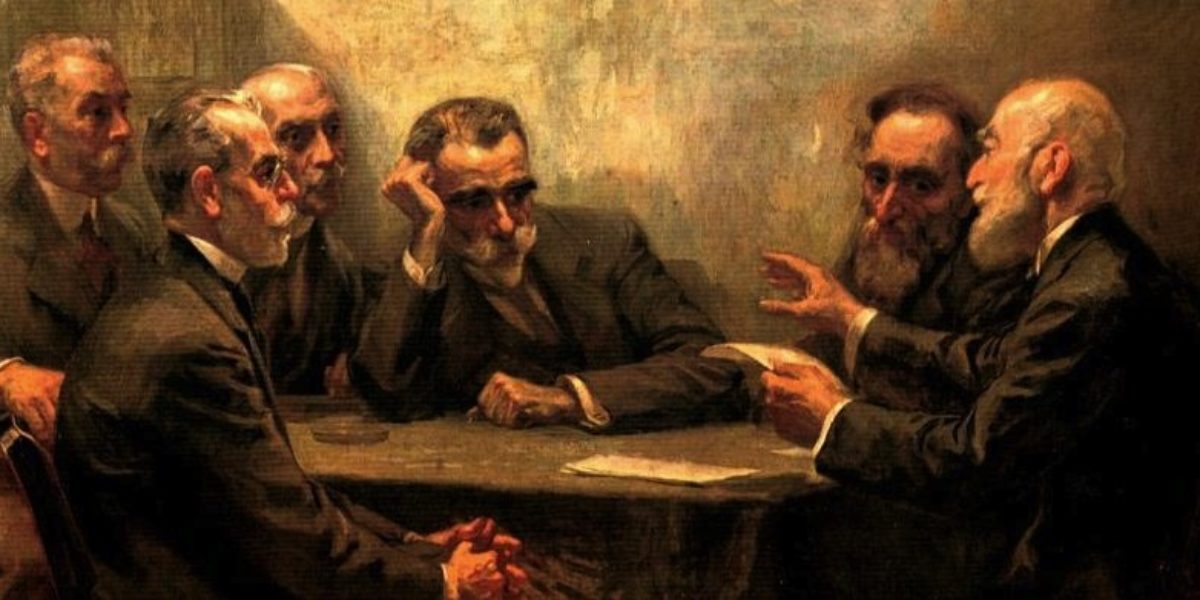 UPDATE: HFC-Odessa had a wonderful turnout both days, for the opening and for the lecture by Valentina Silantieva the next day.

May 21: The exhibition about Kostis Palamas opens with a program of poetry and music. Students from Odessa University, who are studying Greek, will read selected poems by Palamas in Greek and in Russian. Students from the Odessa Music School N3 will perform the Olympic Hymn, and soprano Aglaïa Polychronidou will sing Palamas poems that have been set to music, accompanied by piano.

May 22: Valentina Silantieva, professor  of literature and director of the foreign literature department at the University of Odessa, will give a lecture  entitled “The work of Kostis Palamas in the European Tradition.”

Kostis Palamas, 1859-1943, was an important Greek literary figure and a leader in the literary generation of the 1880s.

In the 1880s, Palamas worked as a journalist. He published his first collection of verses, the “Songs of My Fatherland“, in 1886. He held an administrative post at the University of Athens between 1897 and 1926, and died during the German occupation of Greece. His funeral was a major event of the Greek resistance: the funerary poem composed and recited by fellow poet Angelos Sikelianos roused the mourners and culminated in an angry demonstration of 100,000 people against the Nazi occupation.

Palamas wrote the lyrics to the Olympic Hymn, composed by Spyridon Samaras. It was first performed at the 1896 Summer Olympics, the first modern Olympic Games. The Hymn was then shelved as each host city from then until the 1960 Winter Olympics commissioned an original piece for its edition of the Games, but the version by Samaras and Palamas was declared the official Olympic Anthem in 1958 and has been performed at each edition of the Games since the 1960 Winter Olympics.

He has been informally called the “national” poet of Greece and was closely associated with the struggle to rid Modern Greece of the “purist” language and with political liberalism. He dominated literary life for 30 or more years and greatly influenced the entire political-intellectual climate of his time. Romain Rolland considered him the greatest poet of Europe and he was twice nominated for the Nobel Prize for Literature but never received it. One of his important poems, “The Twelve Words of the Gypsy” (1907), is a poetical and philosophical journey. His “Gypsy” is a free-thinking, intellectual rebel, a Greek Gypsy in a post-classical, post-Byzantine Greek world, an explorer of work, love, art, country, history, religion and science, keenly aware of his roots and of the contradictions between his classical and Christian heritages.