UPDATE: HFC-Odessa had a wonderful turnout both days, for the opening and for the lecture by Valentina Silantieva the next day.

May 21: The exhibition about Kostis Palamas opens with a program of poetry and music. Students from Odessa University, who are studying Greek, will read selected poems by Palamas in Greek and in Russian. Students from the Odessa Music School N3 will perform the Olympic Hymn, and soprano Aglaïa Polychronidou will sing Palamas poems that have been set to music, accompanied by piano.

May 22: Valentina Silantieva, professor  of literature and director of the foreign literature department at the University of Odessa, will give a lecture  entitled “The work of Kostis Palamas in the European Tradition.”

END_OF_DOCUMENT_TOKEN_TO_BE_REPLACED 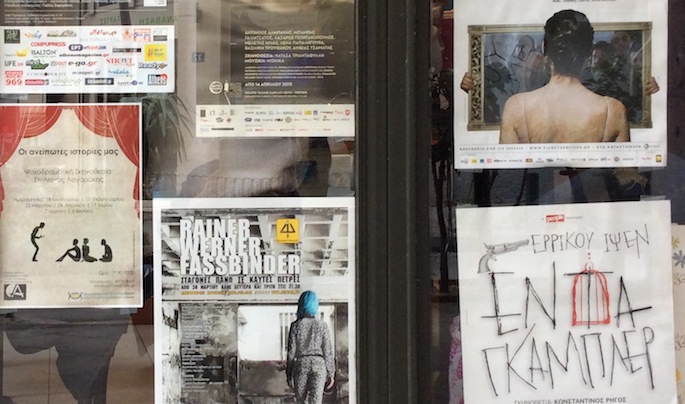 Works originating from the 19th century were impressively staged anew during the 20th century, such as Vyzantios’ Babylonia, Chourmouzis’ comedies and Dimitrios Koromilas’ comic idylls. The scene of bourgeois drama was further enhanced with works by Grigorios Xenopoulos, Pantelis Horn and Spyros Melas. The 19th century Vasilikos by Antonios Matesis continues to be performed today in contrast to the works of Yiannis Kambysis. END_OF_DOCUMENT_TOKEN_TO_BE_REPLACED