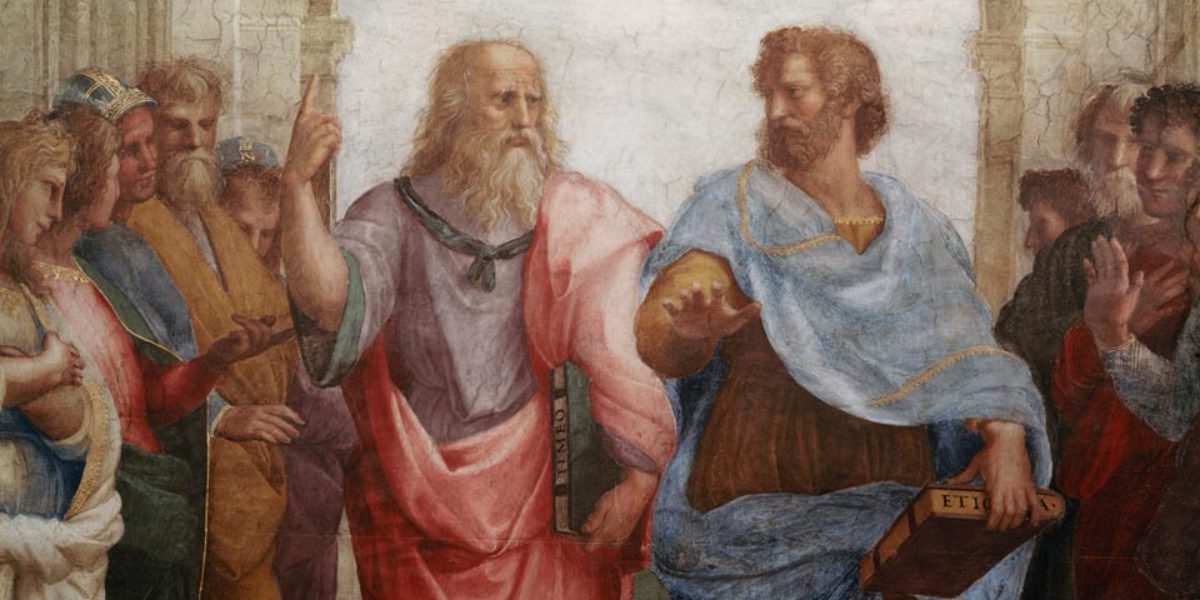 Aristotle came to Athens to study and joined Plato’s Academy in 367 BC. Aristotle became Plato’s best student and was generally felt to be  Plato’s successor. He remained at the Academy until Plato’s death in 347 BC, when, bypassed in the election of the Academy’s next president, Aristotle left Athens with a few students and friends.

He journeyed to the eastern Mediterranean and Asia Minor, where he established a school at Assos at the behest of the ruling Persian vassal, Hermias. Aristotle married Pythias, Hermia’s adopted daughter. When Hermias fell out of favor with the Persian authorities and was executed, Aristotle and his followers fled to the Greek island of Lesbos. Here, Aristotle met Theophrastus, his successor.  It was also at Lesbos that Aristotle made some of his most famous zoological observations and marine experiments in biology. In 343 BC, Aristotle returned to Macedon at the invitation of King Philip.For three years he became the tutor of the adolescent Alexander the Great.

Aristotle returned to Athens to found his own school, the Lyceum, in 355 BC, after Alexander had assumed the throne. The Lyceum had a special status. Alexander had made a large donation to his former tutor’s new enterprise, and additionally the Lyceum was under Macedonian protection. At the Lyceum, Aristotle had the freedom to pursue a vast number of scientific and philosophic interests. He developed a course of study that in many ways resembles the modern Western university system. In fact, many of Aristotle’s surviving works were probably intended as notes for his advanced courses. He also gave lectures to the general public. His philosophical school was known as “Peripatetic,” either because Aristotle had a habit of walking around while addressing his audience, or because the roofed courtyard at the Lyceum was called a peripatos .

Aristotle’s good years in Athens did not last. Alexander died during his great Eastern campaign in 323 BC, and the withdrawal of Macedonian power and protection from Aristotle’s Athenian school gave his enemies the opportunity to charge him with impiety. Aristotle fled to Chalcis, explaining, according to legend, that he would not give the Athenians a chance to commit another sin against philosophy (referring to the execution of Socrates on a similar charge in 399 BC). He died the following year at the age of sixty-two.

Despite the fact that only around thirty Aristotelean treatises remained extant, Aristotle’s work has directed academic pursuits in the West since the middle ages. Among his most influential works are Politics, Physics, Metaphysics, Generation of Animals , History of Animals, Nicomachean Ethics (named after his son, Nicomachus, who is thought to have edited his father’s work), Rhetoric, Poetics, On the Heavens, Meteorology, and Prior Analytics. Aristotle’s work might be viewed as an attempt to reconcile naturalism, as posited by the pre-Socratics, with the metaphysical world described by his teacher, Plato.Ultimately, Aristotle would repudiate Plato’s metaphysical understanding of the world. Aristotle preferred (and indeed developed) the processes of scientific observation and experimentation in the material world. He is credited with establishing systems and categories of scholarly research that have survived to the present day. Aristotle’s work has been critical in the development of much of Western philosophic thought through to the nineteenth century.