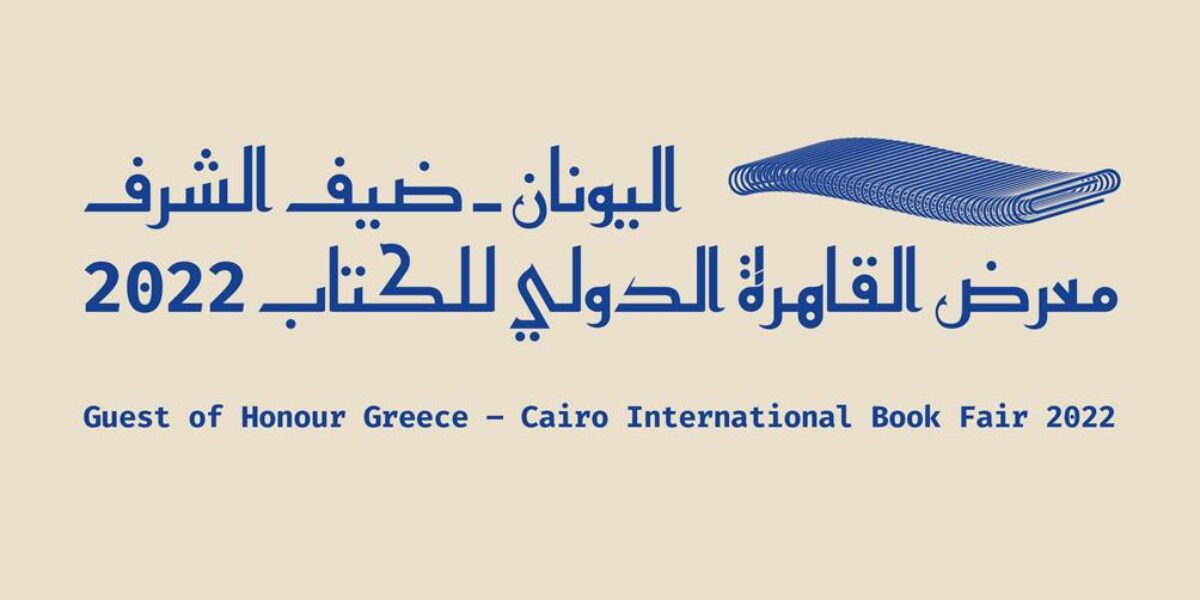 14.00-15.30
PRESENTATION OF NEW PUBLICATION
“The Greeks and the creation of modern Egypt” by Alexandros Kitroef
Presentation of the book “The Greeks and the Making of Modern Egypt” which was recently published in Arabic by the Library of Alexandria. The English edition was preceded by the American University of Cairo – AUC Press in 2019. The book gives a historical account of the modern Greek presence in Egypt from its beginnings during the reign of Mehmet Ali Pasha until its last days, under the presidency of Nasser.
(In collaboration with the Alexandria Library)
Participants:
Alexander Kitroef, author, Professor of History at Haverford College (USA)
Prf. Mostafa El Feki, director of the Library of Alexandria
Andreas Vafiadis, First Vice President of the Hellenic Community of Alexandria
Garilidis Nikolaos, The Ambassador of Greece to Egypt
Τhe President of the Hellenic Foundation for Culture Mr. Nikos A. Koukis will open the event.

15.30-17.00
PROFESSIONAL EVENT
Translation programs as tools of cultural diplomacy – the example of GreekLit project
Presentation of the new GreekLit , a translation program aiming to enhance the publication movement of Greek books in Egypt and the Arab world. A discussion on the possibilities and prospects of cooperation between Greece and Egypt in the field of publishing will follow, with the participation of representatives of Greek and Egyptian publishers.
Participants:
Nikos Bakounakis, Chairman of the GreekLit.gr translation program committee
Mohamed Rashad, President of the Arab Publishers Association
Said Abdou, President of the Egyptian Publishers Association
Coordination:
Katerina Fragou, literaty agent (Iris Litag)
Τhe President of the Hellenic Foundation for Culture Mr. Nikos A. Koukis will open the event.

15.30-17.30
The cultural and translational relations between Greece and Egypt from antiquity until today and the contribution of Hellenistic-translators to the spread of Greek Culture in Egypt.
Participants:
Dr Tarek Radwan, Professor of the Department of Modern Greek Studies at Al-Azhar University, a former Educational Assistant of Egypt in Greece
DrMoheiEldinMotaoue, Professor of Modern Greek Studies at BeniSuef University
Dr Khaled Raouf, translator of Greek literature
Persa Koumoutsi, author, translator of Arabic literature
At the end of the event, students of Ambetios Greek School in Cairo will read translated excerpts they have embarked upon under the supervision of their teacher George Kokorelis. Students will have the opportunity to talk to the participating translators about their experience.

12.00 – 13.30
EVENT FOR CHILDREN
“The insect of the sun”
On the occasion of a scarab’s voyage through time, the gods of Egypt converse with the gods of Olympus. A story written with humor and the artistic view of author and illustrator LidaVarvarousi.
(In collaboration with the Onassis Foundation )

1.00-13.30
EVENT FOR CHILDREN and YOUNG ADULTS
“Little Rigas and the secret symbols of the Chart”
Interactive presentation by author and illustrator LidaVarvarousi of the anniversary edition of Onassis Foundation. The map, symbol of Modern Greek Enlightenment and Greek cartography is revealed in all its glory in an illustrated children’s book that aspires to decipher its mystery and secrets. The book speaks about a journey into the symbols and myths of the Chart of Riga.
(In collaboration with the Onassis Foundation)

17.30-19.30
DISCUSSION
The contemporary poetic landscape in Greece and Egypt & the teaching of Greek poetry at the Department of Modern Greek Language and Literature of Cairo University
Discussion on contemporary poetic voices in Greece and Egypt and how the new literary narrative of the 21st century is formed. The event is held on the occasion of the publication of the Anthology of State Poetry Awards of the Department of Letters of the Ministry of Culture (2020) and the forthcoming publication of the new anthology of Arabic poetry in the Greek language.
Participants:
DrHishamDarwish, Professor of Modern Greek Language and Literature at Cairo University, Former Egyptian Educational Officer in Greece
PersaKoumoutsi, author, translator, anthologist of contemporary Arabic poetry
Coordination:
Sissy Papathanassiou, Director of Letters of the Ministry of Culture

15.30 – 17.00
PRESENTATION OF NEW PUBLICATION
“Football in Adrift Cities. Stories from Alexandria to Thessaloniki “
The author takes a look back at the historical relationship between Egypt and Greece in football through the stories of clubs and players from the Greek community in Egypt during the first half of the twentieth century, and the transformational events that influenced this relationship and its stages.The book includes the author’s interviews with experienced players and stories that reveal the historical heritage of the Greek community in Egyptian football.
Participants:
Omar Elbanouby, the author will talk about the book
Honorary guest: MagdyTolba, National layer of Egypt and former leader of PAOK Thessaloniki
Coordination:
Dr. Yasser Ayoub, journalist & writer

17.30- 19.00
PRESENTATION OF NEW PUBLICATION
“ Alexandrian Voices on Lepsious Street” by Persa Koumoutsi
Presentation of the Egyptian edition of the novel, “Alexandrian Voices on Lepsious Street”, by PersaKoumoutsis, translated into Arabic by Khaled Raouf, Sefsafa Publications, 2022.
Participants:
PersaKoumoutsi, author of the book,
Khaled Rauf, translator of the book into Arabic
Mohamed Baaly, publisher, Sefsafa

17.30-19.00
“The Greek language in Egypt”
Historical evidences of the presence of the Greek language in Egypt, references to the Greek publications in Egypt over time and the literature of the Egyptiots (Greeks who lived in Egypt), the teaching of Greek as a foreign language in Egypt, the traces of Arabic language in Greek and vice versa.
The event is held on the occasion of World Greek Language Day (February 9), in collaboration with the Hellenic Cultural Center in Cairo and the Education Coordination Office for North Africa and the Middle East.
Ms. Sotiria Beta, Coordinator officer, will talk about the messages and the importance of the Greek Language anniversary.
Participants:
Christos G. Papadopoulos, Director of the Hellenic Cultural Center in Cairo, lyricist-writer
Tarek Radwan, Professor of Modern Greek Language at Azhar University, former Egyptian Education Officer in Greece
Heba Osman, Professor at EinSams University
Andy El Arabi, Graduate of the Department of Greek Philology of the Faculty of Philosophy of Cairo University, holder of a C2 Certificate of Greek Studies
Students of Ambetios, of the unmingled Greek Secondary School of Cairo, will read poems by D. Solomos, K.P. Cavafy, Str. Tsirkas and G. Seferis.