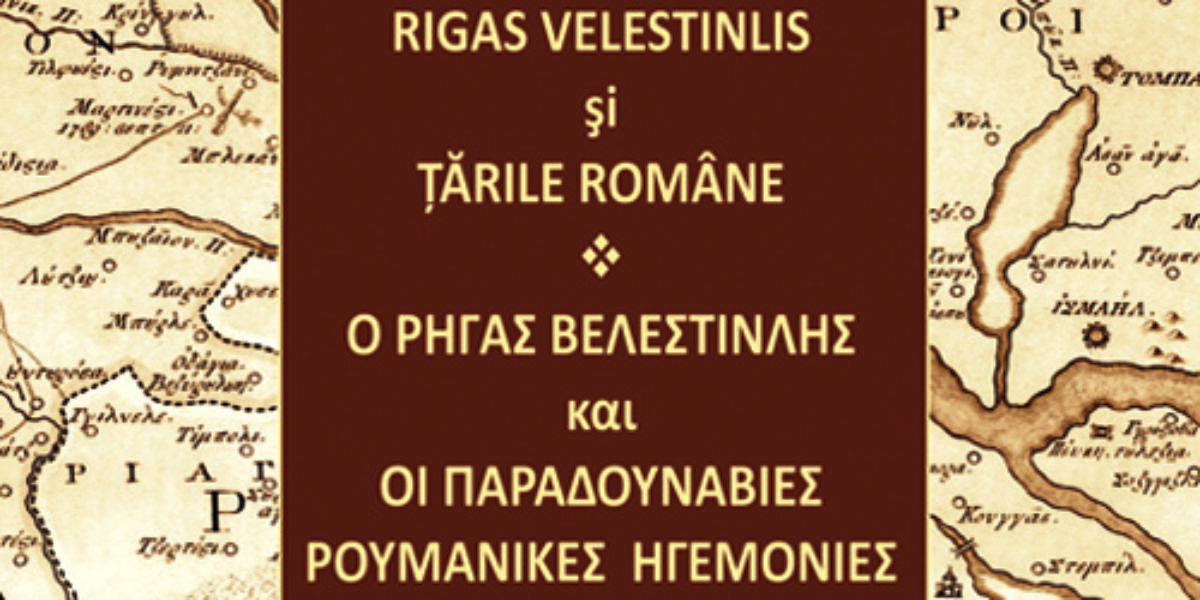 Rigas Velestinlis (1757-1798) was an illustrious scholar, writer and Greek revolutionary, who lived in the Romanian Principalities for fifteen years. It was on Romanian soil where he elaborated all of his literary, scholarly and translation works. It was also there, where he made his three cartographic works (amongst them the New Map of Wallachia and a General Map of Moldavia, both printed in Vienna in 1797), very important works for his era.

The ten chapters of the book reconstruct the biography of Rigas, starting from Velestino (his place of birth in Thessaly, from where he was named after) to Constantinople, his settlement in Bucharest, and his travels to Vienna until his martyr death in Belgrade. Many of the chapters present his literary (for example the famous Thourios march, which is included in the volume), cartographic and translation works. Furthermore, his two maps on the Romanian Principalities are also presented and illustrated in this volume. Special attention is also given to the portrait of Rigas and the echoes of his works in Romanian Historiography.

The prologue is by Athanasios E. Karathanasis (professor emeritus of The University of Thessaloniki and president of the Society for Macedonian Studies), a renowned researcher of the Romanian Hellenism; the other authors of the volume are also well-known Romanian and Greek specialists.

The illustrative materials (250 illustrations, maps, stamps, antique paintings, facsimiles etc.), which fill half of the volume’s dimension, reflect important aspects of the presence of Hellenism during the Enlightenment period in the two capitals of the Romanian Principalities, in the cities located on the Romanian shores of the Danube, and all of the other places visited by the protagonist of the volume.

Founded in Bucharest in 1991, the OMONIA Publishing House has included in its program the promotion of the modern Greek and Cypriote literature and civilization, whereas its 25 years of activity is reflected in 160 published books. Besides the translations printed by OMONIA, it has also published works by renowned Romanian and foreign specialists dedicated to Hellenic history on Romanian soil. Inaugurated in 1999, the series Modern Greek Library present masterpieces of Hellenism from Greece, Cyprus and the diaspora, in the fields of literature, history, philosophy, and arts.