Alexandros Papadiamantis – A series of events in Belgrade 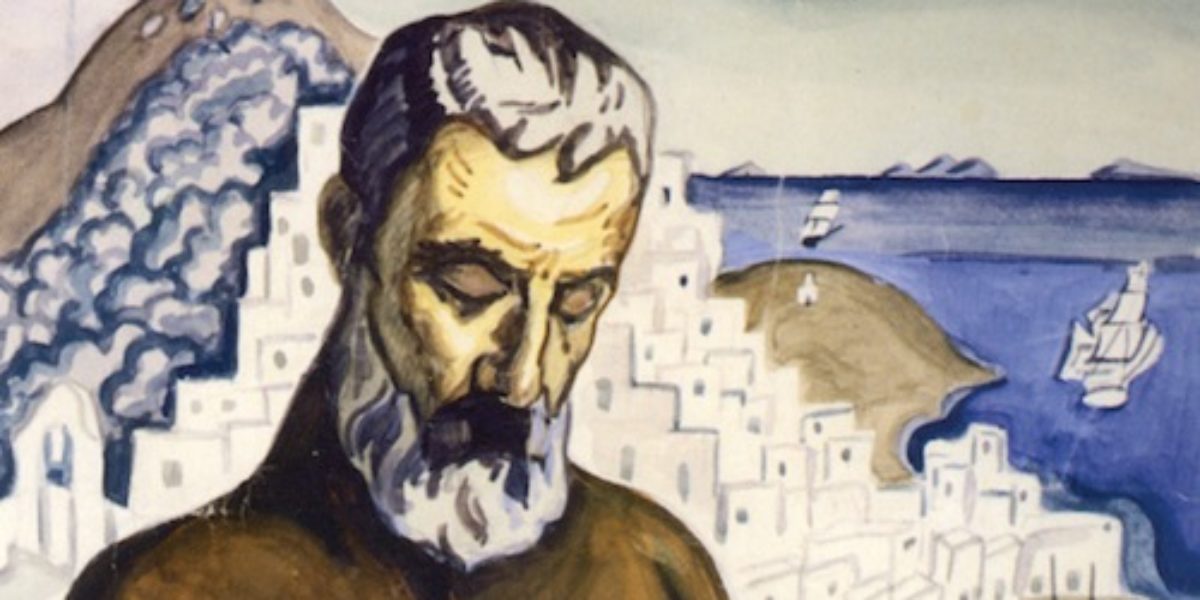 HFC–Belgrade invites you to a series of events around Alexandros Papadiamantis, 1857-1911, noted Greek novelist known as the “patron saint of Greek letters.” The events include an exhibition with archival material about Papadiamantis and his oeuvre, screening of the film by Eleni Alexandrakis “Nostalgia,” which is based on Papadiamantis’ short story of the same title, as well as two lectures.

Cover of a book by Elytis on Papadiamantis.

Papadiamantis is considered one of the most important representatives of a movement in both painting and literature that developed from the late 19th to early 20th century, which was influenced by the study of folklore and represents the Greek version of realism.

The main features of the genre in prose is the faithful representation of the life of the Greek countryside and the description of morals, customs, character and mentality of ordinary people. The poetic short stories of Papadiamantis are inspired by daily life in the island of Skiathos, but also the urbanized Athens of his time, where he lived most of the time. Papadiamantis delves deeply and with sophistication into the inner life of his heroes – who are fishermen, farmers, priests, immigrants, family men, bachelors, unfortunate widows, beautiful orphans as well as ugly witches and various fraudsters.