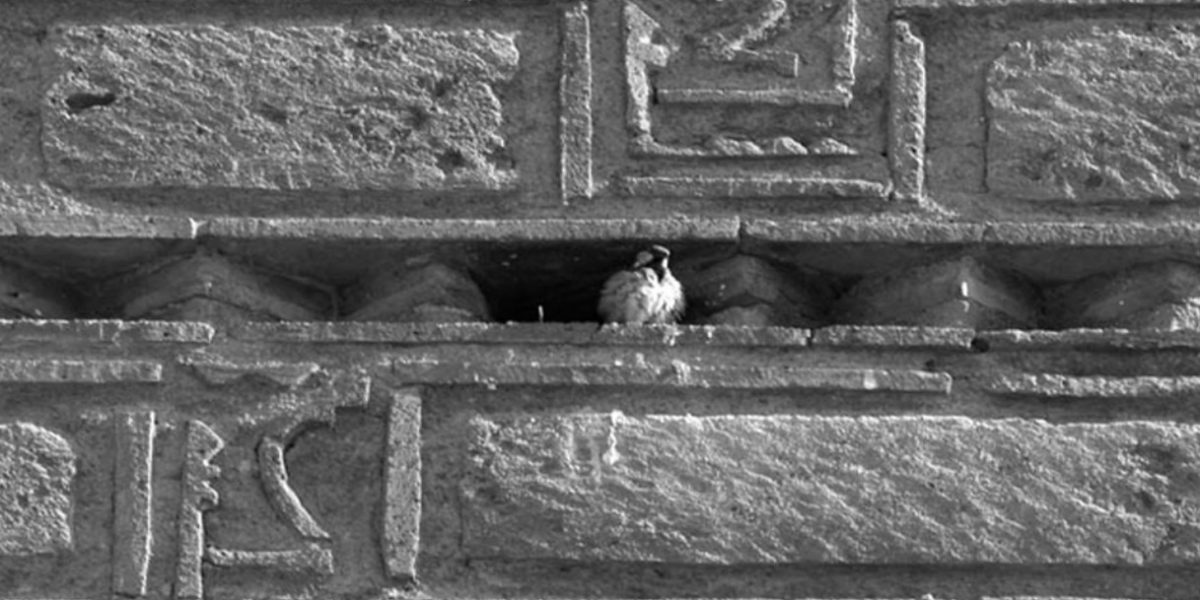 The basic source of information for Hosios Loukas and his monastery is the Life composed by an anonymous disciple a few years after his death. According to this, the saint was a monk in the region of Central Greece. In 946/7 he settled on the present site of the monastery, where he founded an informal monastic community and lived until his death at the age of 56, in 953. His great talents were his miraculous ability to heal the faithful and his capacity to prophesy the future – skills that were conducive to his having close relationships with outstanding figures in the aristocracy of Thebes. General Krinites founded a church in the name of Saint Barbara in 946, during the lifetime of the saint.

After the saint passed away, he was interred, according to his Life, in the floor of his cell, and the large Katholikon was later built around his tomb. The miraculous healing qualities associated with his relic soon became known throughout Greece, and pilgrims flocked to the monastery to worship. The founder of the Katholikon was Philotheos, the abbot of the monastery, and considerable support was offered by great emperors of Byzantium, such as Romanos II (959-63) and Constantine Monomachos (1042-54).

From 1035 to 1055, the monk Leovachos served as abbot of the monastery. Leovachos was the scion of a large aristocratic family from Thebes and one of the founders of the monastic community, and he also played a role in the iconographic choices made for the decoration, for which he probably donated the funds.

At the time of the Frankish conquest, Catholic clergy settled in the monastery. During the Ottoman period, the monastery reverted to Greek monks and repairs were made to it, the most important being to the dome, which had collapsed just before 1593.

The monastery complex consists of two churches (the earlier church and the Katholikon), the refectory, the campanile, the cells and other buildings. The earlier church, dedicated to the Virgin, dates from the second half of the 10th century. It is a complex four-column cruciform church with a narthex and exonarthex. The masonry follows the cloisonné system, and has lavish pseudo-kufic decorative brickwork. Very few remains of the original wall-painted decoration have survived, amongst them the famous representations of Joshua in the east wall of the south bay of the narthex.

The main church of the monastery, the Katholikon, was built next to the earlier church of the Virgin in the early decades of the 11th century. It was constructed in order to house the miraculous relic of Hosios Loukas. Its purpose had a decisive influence on its architectural form – that of the octagonal type church, which descends from early Christian martyria. The saint’s reliquary was placed in the nave and his tomb is in a large crypt in the basement.

Entrance to the church is by way of the main, west door, while two doorways in the sides provide access to two chapels inscribed within the Katholikon and sited symmetrically, one at the north-west and the other to the south-west. The decoration of the Katholikon dates from the first half of the 11th century. The interior is adorned with rich marble revetment and mosaics, while the decoration in the chapels and crypt consists of wall-paintings. The larger part of the mosaic decoration is preserved in very good condition, with the exception of that on the dome; this was destroyed in 1593 and the original decoration was replaced with wall-paintings, probably at the end of the 17th century.

The iconographic programme follows the models established after Iconoclasm, with a large number of individual figures of saints and a few representations from the Dodekaorton. The faces are dominated by large eyes, while the proportions of the bodies and the treatment of drapery reveal a departure from a conventional realism. The splendid mosaics and wall-painted decoration are supreme examples of 11th-century Byzantine art.

The marble reliquary of the saint was placed in the north-east bay of the church, which is connected to the church of the Virgin. This arrangement made it easier for pilgrims to pass in front of the relic and exit to the narthexes of the earlier church. The small contiguous chapel (now dedicated to Saint Charalambos) was probably also used for the sick to stay overnight, as they waited in the monstery to be cured by the miraculous relic. This tradition was maintained until the 17th century and is included in the account of the travellers Spon and Wheeler (1675).

In the centuries that followed, the faithful continued to visit the monastery in undiminished numbers in order to express their piety and their gratitude to the relic of Hosios Loukas. At the same time, from the 19th century onwards, the monastery has held a prominent position in the study of Byzantine art, since the architectural type of both churches and the lavish decoration of the Katholikon have attracted the admiration and interest of both pilgrims and travellers.

In recent years, the Ministry of Culture has carried out significant conservation and restoration work on the monument. Specifically, the masonry has been reinforced and the roofs repaired, central heating has been installed in the church of the Virgin, and parts of the north and west wings of the cells have been restored. Consolidation, conservation and restoration works are ongoing in the church. This work is designed to restore and enhance the monument, so that it will retain its timeless prestige and influence and continue to be an important destination for pilgrims and travellers.

V.S. in Egeria: Monuments of Faith in the Medieval Mediterranean. Reprinted courtesy of the Hellenic Ministry of Culture.