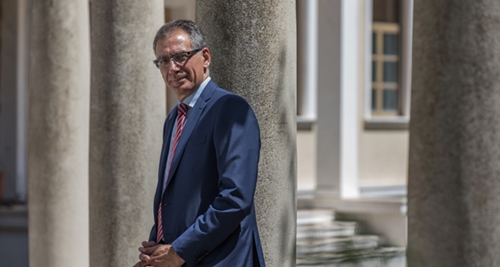 On August 26, 2020, Ambassador of Ukraine Mr. Sergii Shutenko met with President of the Hellenic Foundation for Culture Mr. Nikos Koukis.

The fundamentals were also laid for their future cooperation  concerning the celebration of the 200-th Anniversary of the Greek Revolution in 2021 in Greece and Ukraine in particular.

The Hellenic Foundation for Culture (HFC) was established in 1992. It is based in Athens with the goal of widely promoting the Greek culture throughout the world. With its main activity the culture events, the dissemination of the Greek book, the promotion of the Greek cinema and teaching of the Greek language. HFC has created a Network of Annexes abroad in the cities of: Alexandria, Belgrade, Berlin, Bucharest, Moscow, Odessa, Trieste.  HFC is  member of two major European culture networks: European Union of National Institutes for Culture (EUNIC)  and Anna Lindh Foundation. 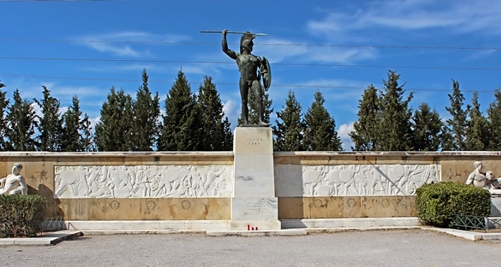 Thermopylae and Salamis are the two battles that saved Greece, Europe, and what we today call the West and Western civilization.

END_OF_DOCUMENT_TOKEN_TO_BE_REPLACED

The decision to convert Hagia Sophia into a mosque is an arbitrary course of action that goes against the universal values, that have laid the foundations of the world culture over time. The essence and the symbolism of the Monuments, that are part of the World Cultural Heritage, like Hagia Sophia, derive from their historical dimension. No decision of changing their universally recognized cultural status can be regarded as an internal affair of any country.

END_OF_DOCUMENT_TOKEN_TO_BE_REPLACED

Since the beginning of the European idea, Athens has been an exoticized utopia. Recently, as a result of the 2009 worldwide financial crisis, Athens has become the exotic scene of a global drama that has attracted many, including the curators of the recent documenta14.