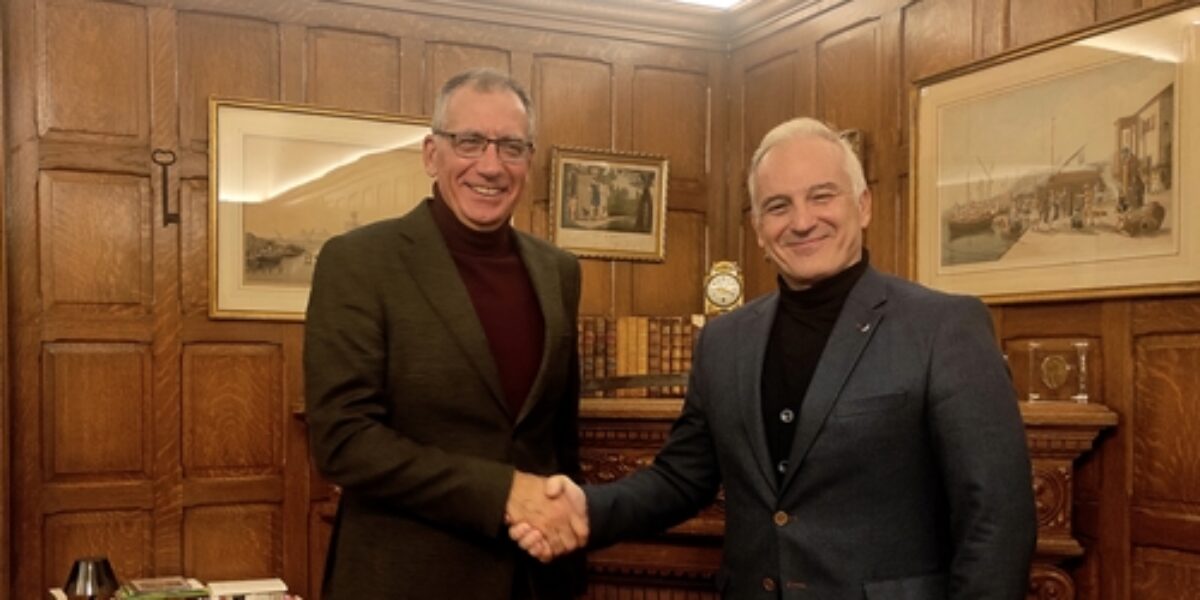 Athens – December 12, 2022 –Returning to its regular dates, the 19th Thessaloniki International Book Fair will take place on May 4-7, 2023, at the TIF HELEXPO Exhibition Center in Thessaloniki, paying special tribute to US literature, with the United States as honored country.

On the recommendation of the Hellenic Foundation for Culture, the US Pavilionand its program will be organized by the American-Hellenic Chamber of Commerce and spearheaded by the Chamber’s Culture Committee.

In a recent meeting at the Foundation’s headquarters in Athens, Nikos A. Koukis, President of the Hellenic Foundation for Culture, Elias Spirtounias, Executive Director of the American-Hellenic Chamber of Commerce, and Zozo Lidoriki, Chair of the Chamber’s Culture Committee, had the opportunity to discuss various matters relating to the upcoming event in detail and established a framework for organizing the special tribute to US literature.

The tribute’s primary objective is to showcase contemporary literary voices in US literature and highlight the United States book market by inviting authors, publishing houses, academic publishers, and well-known cultural and literary figures to participate in the Pavilion. The American Collective Stand (a collective of US publishers) have already been approached regarding a prospective collaboration on attracting publishing houses and other book industry professionals to the Thessaloniki International Book Fair, and they have responded positively. The Tribute to US Literature will be complemented by a series of dedicated cultural events and happenings designed to highlight the connections between books and other art forms, including music, cinema and theater.

Inaugurated in 2004, Thessaloniki International Book Fair (TIBF) is marking its return to normalcy in May 2023, after being held in November twice – entirely online in 2020 and in hybrid format in 2021, due to strict health and safety regulations during the pandemic.

As one of the foremost cultural institutions in Greece, the 19th Thessaloniki International Book Fair will feature an expanded program of cultural events, including, as always, special themed highlights, book presentations, talks, workshops, seminars, lots of books and art, dedicated areas for children’s literature and young adult literature, and professional events featuring international participation. Organizing parties share a common goal: to host a successful event that will leave behind the challenges brought on by the global pandemic, highlighting the promise and potential of the Fair, which will celebrate its 20th anniversary in 2024.

Thessaloniki International Book Fair is organized by the Hellenic Foundation for Culture in partnership with Greek publishers, TIF HELEXPO, the Region of Central Macedonia, and the Municipality of Thessaloniki, with the support of the Ministry of Culture and Sports. It is co-financed by the European Regional Development Fund under the 2014-2020 Regional Operational Program (ROP) for Central Macedonia. TIBF is a member of the International Book Fairs Forum and Aldus Up – the European Book Fairs Network.