It Is All Alexis’ Fault … – Book Presentation, Berlin 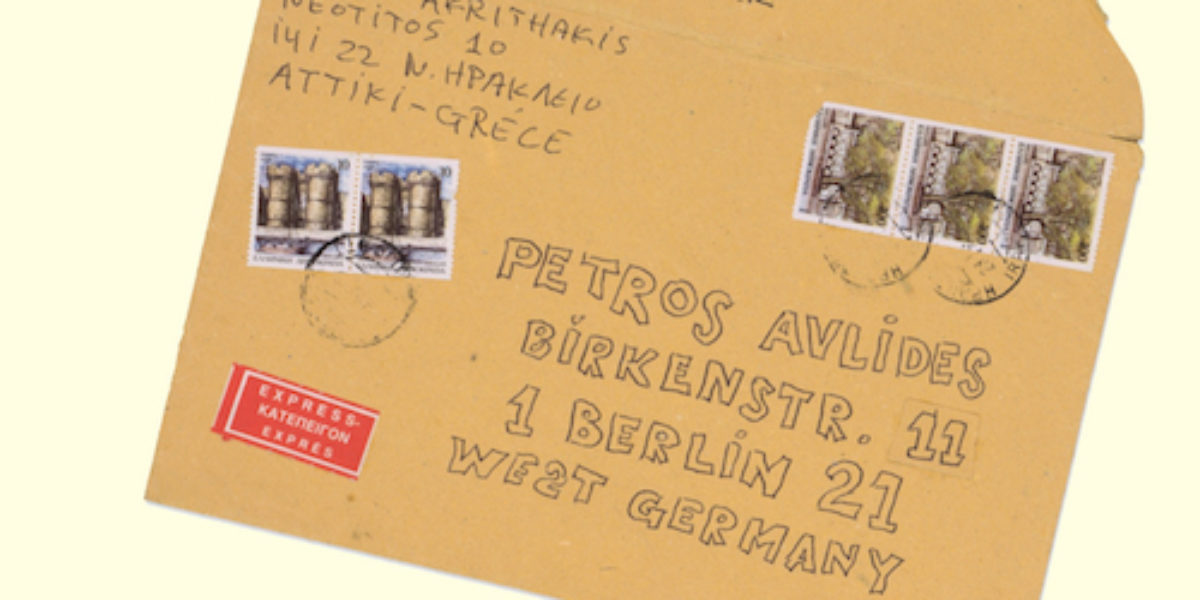 Hellenic Foundation for Culture cordially invites you and your friends to the presentation (in German) of the book by Petros Avlidis, It Is All Alexis’ Fault …, Gavrielides Publications, German translation: Michaela Pritzinger
Thursday, March 3, 2016 at 20:00
Artificium Bookstore, Schwedenstraße 4, 13357 Berlin
U-Bahn: Osloer Straße, Heinz-Galinski Straße exit.

Excerpt from the book:
“When my mobile rang again half an hour later, I was sitting comfortably in Poems&Crimes, a café in Agia Irini Street, with a cigarette and a coffee in front of me for company. Now I could deal with it. After we had exchanged polite pleasantries, the lady came to the point. A particular school was putting on an exhibition of Alexis Akrithakis’ work at the end of October, on the 29th to be exact. An art historian would be speaking about the paintings and some other person would speak about something else, and they wanted me, at the school, to say something about Alexis as well.”

Petros Avlidis was born in Thessaloniki in 1955. In 1980 he went to West Berlin to complete his medical residency in psychiatry. Until 1989 he worked for various psychiatric and psycho-social care institutions and projects. From 1990 to 1998, he worked as a private practice psychiatrist. In 1998, he gave up his medical practice and since then he has lived between Germany and Greece as a freelance writer. He has published Loveaffairinshortcuts (2008), Hitze/voll mix (2012) and Chauffeur (2015). All his books, including the current It Is All Alexis’ Fault … are published by Gavrielides Publications.