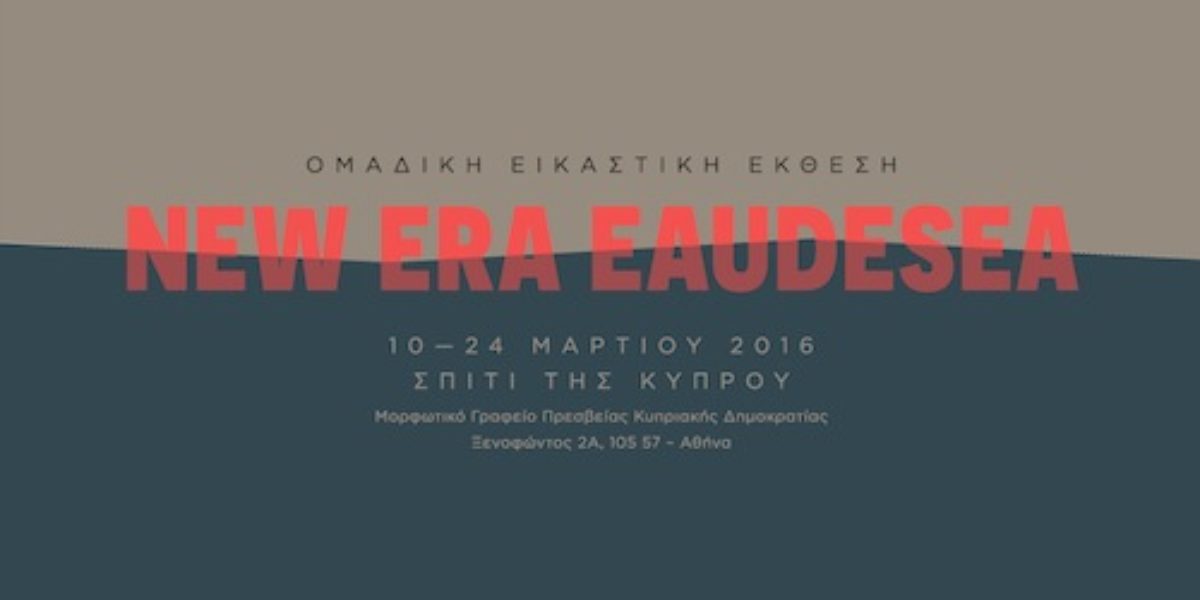 The collective art exhibition NEW ERA EAUDESEA, dedicated to the refugee, opens on Thursday, March 10, 2016 at 20:00 at House of Cyprus and runs till March 24.

In conjunction with the opening, there will be a panel discussion on “The Refugee Crisis and the Future of Europe” at House of Cyprus, Thursday, March 10, 2016 at 18:00.

The Hellenic Foundation for Culture presents, as part of its series of events dedicated to the Refugee, in collaboration with the House of Cyprus:

Painters, artists, and sculptors undertake to approach and comment on, through the language and different forms of art, the phenomenon of refugees, the harsh sociopolitical reality of modern states, forced displacement of populations, the uprooting of people from their homes and the search for a new, safer, and peaceful space/place.

The artist Irini Bazara, who undertook the curation of the show, writes in her foreword “… This trip of the refugees is through the fluid passage of the sea. The liquid element is directly related to human life and birth, since life itself begins its journey through the liquid element of water.”

A panel discussion on “The Refugee Crisis and the Future of Europe” on Thursday, March 10, 18:00 at House of Cyprus. The discussion will examine the causes and consequences of the global drama, manifesting itself as as a side effect of the violent conflict that has escalated dangerously in the Middle East.

The Ambassador of the Republic of Cyprus to Greece, Kyriakos Kenevezos, will deliver the opening remarks.

The events will be opened by the Minister of Interior, Panagiotis Kouroumblis.