Books on the Big Screen – Bucharest 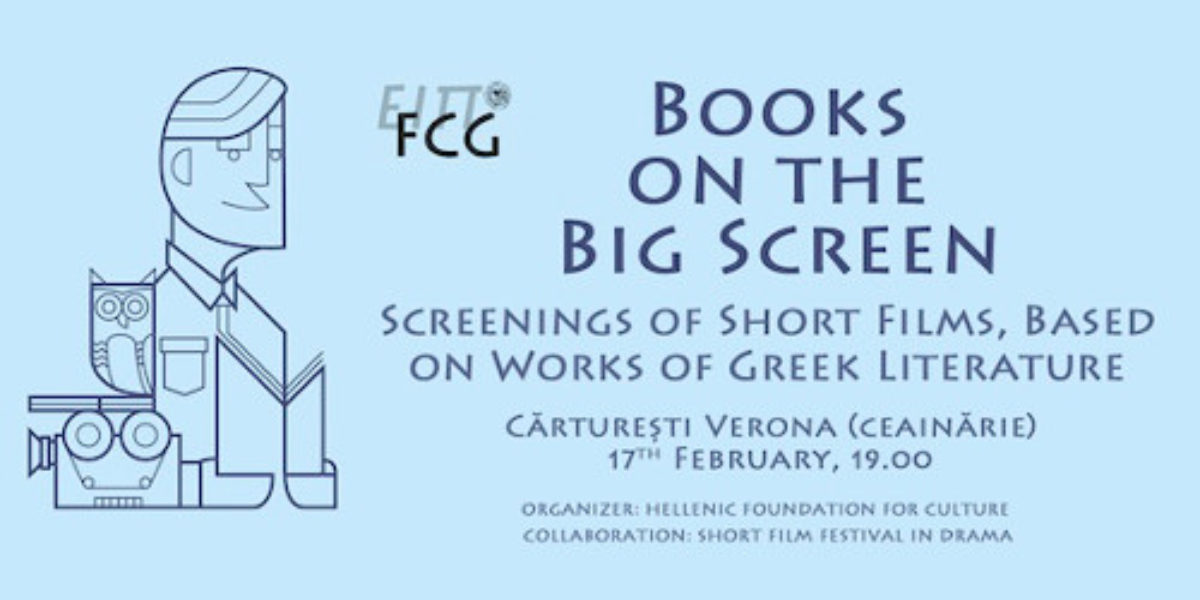 How dangerous a game between a married couple who strive to revive their sexual life can be? Screenplay Achilleas Kyriakidis, based on his story included in his awarded short story collection Artificial Respirations (2004) – Best Screenplay Award at the 2008 Drama Short Film Festival.

Santa Who?
Short film [24’], 35mm, fiction, color, 2011
Directed by Dimitris Moutsiakas, Based on a novel by Menis Koumantareas

Christmas eve. Evripidis gives a haircut to his last client, a little girl called Dimitra. The barber gets upset by the unexpected entrance of a Santa Claus, who shows up having being chased to the barber shop. A little later, two insolent young men attempt to rob him. Santa prevents the robbery. However Evripidis will be facing a huge dilemma…

Dimitris Moutsiakas was born in 1986 in Chalkida. From 2004 to 2007 he was a student in the Department of Business Planning and Information Systems at the Technological Educational Institute of Patras. In 2007 he began his studies at the Hellenic Cinema and Television School L. Stavrakos, from where he graduated in 2010. This is his first film.

Face down [Pistoma]
Short film [19’] Fiction, color, 2011
Directed by Nikos Kallaras, Based on a novel by K. Theotokis

A man returns to his home village after being away for a long time. Back in his house he finds his wife with a new born child. The only rule in this half destroyed, near deserted world is violence, so everything can return back to order.

George Fourtounis was born in 1984 and grew up in Athens. He has directed two short films. Face Down, his second short, screened at Rio de Janeiro: Curta Cinema, Thessaloniki and Short Shorts (Tokyo) film festivals among others. Face Down received the Best Fiction Film award at the 34th Film Festival in Drama and was nominated for Best Short by the Hellenic Film Academy.

Haris Vafeiadis was Born in Athens in 1977, studied Fiction Direction at the Hellenic Cinema & TV School, Stavrakos (1998-2001) and at the National Film & TV School of the UK, (2005-2007, sponsored by the State’s Scholarship Foundation and by the United International Pictures). He lives and works as a director in Athens.

Giannis, for 25 years an immigrant in Germany, returns to his home land Drama (North Greece) with a Mercedes car. He hopes to find all those things he loved in his youth and left behind.

Α kick-off in a rush, a missed pass and a missed goal, deprive Kalamata’s FC of its stay in the major league. Rumors of fixed games are circulating. The fans are upset and blame Thomas, who dies in shame. Haunted, he visits one by one his fellow players in their dreams. He wants them to play the match once again.

Nikos Kallaras was born in Thessaloniki and Studied Film Direction at Stavrakos Film School. He has worked as an assistant director with Nikos Panayiotopoulos, Periklis Hoursoglou, Nikos Perakis, Vangelis Seitanidis and as a Casting Director with Vasilis Tselemegos. His film The Sharing Toy has won the National Awards Quality at the 45th Thessaloniki Film Festival.

This event is organized in cooperation with the International Short Film Festival in Drama, as part of the program “The Drama Festival Travels…” After the screenings in Bucharest, the program will continue to the other HFC branches: Alexandria, Belgrade, Berlin, Nicosia, London, Odessa, Washington and Trieste.