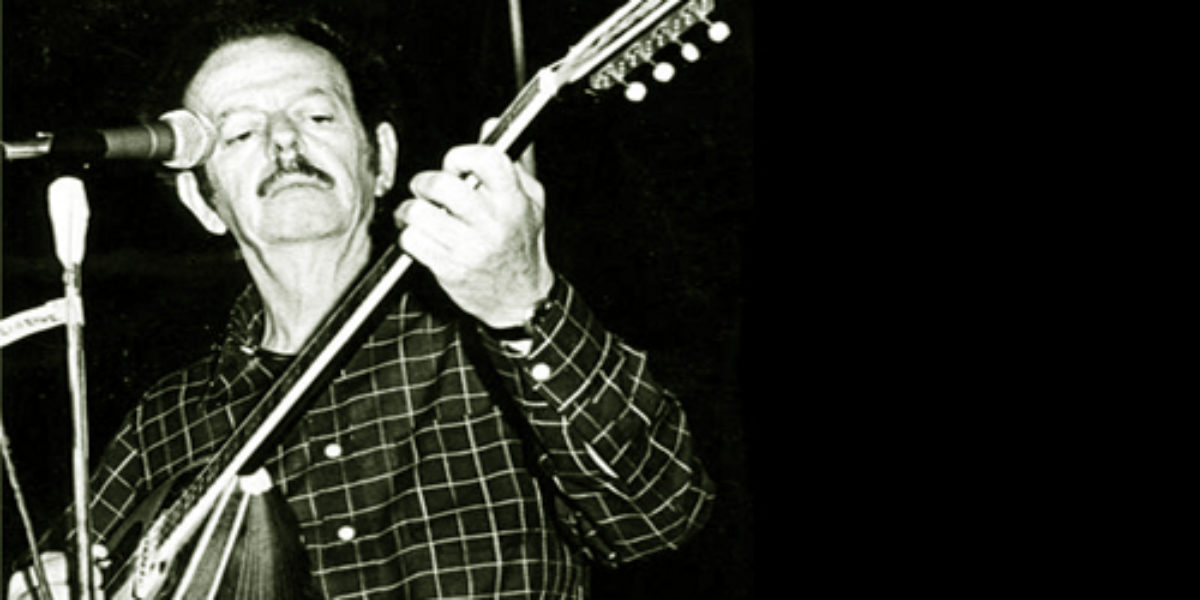 In memory of Vasilis Tsitsanis on the occasion of the 100th anniversary of his birth, HFC–Odessa presents an exhibition about the renowned singer and composer, poet and bouzouki player, who is considered a “father” of contemporary Greek music. The opening will feature a live performance of Tsitsanis’ songs and the presentation of the catalogue of the exhibition.

Vassilis Tsitsanis was born to the family of shoemaker Konstantinos Tsitsanis and Viktoria Lazou (both from Epirus) in the town of Trikala on January 18, 1915. He was the eighth child of 14 children in the family. Only four children survived, and Vassilis was named after the diseased firstborn. His father had a mandolin, which he used to play almost exclusively Klephtic songs from his birthplace, Epirus. For little Vassilis these songs, together with Byzantine chant of the church, were the first melodies he heard.

At 11 years of age Vassilis played a mandolin, which a local craftsman would later make over into a bouzouki. While studying in a gymnasium, he took violin lessons, but it was the bouzouki that increasingly drew his interest. Originally, bouzouki was a musical instrument associated with lawlessness and prison, while the violin, as an instrument of the European orchestra, on the contrary, symbolized the “good society”.

When the time came to make his choice, Tsitsanis put the violin aside and took up the bouzouki. The choice of bouzouki was the acknowledgement of identity and class integration as well as solidarity with the poor family of his childhood. Due to his skill, help from good people and some luck, he managed not only to overcome the stigma of the bouzouki and ennoble the despised instrument, but also to take a leading position in the musical culture of his homeland.

In his artistic career Vassilis Tsitsanis was a continuer and reformer of the Rebetiko, which synthesized various traditions of Greek folklore, oriental music in its Greek (Smyrnean) version, Greek-Orthodox chant and Western popular music.

It can be said that Tsitsanis helped the Rebetiko out of the marginal underground environment and turned it into the nationwide popular music, the so-called “laïkó,” which has endured and continued to develop into the present.

At the opening of the exhibition the songs of Vassilis Tsitsanis will be performed by a soloist from the regional Philharmonic Society and a laureate of international contests Aglaia Polychronidi and the Folk Orchestra from Odessa National Music Academy (directed by the Honored Artist of Ukraine Oleksandr Oliynyk).

The event is sponsored by Hephaestus Construction Company.