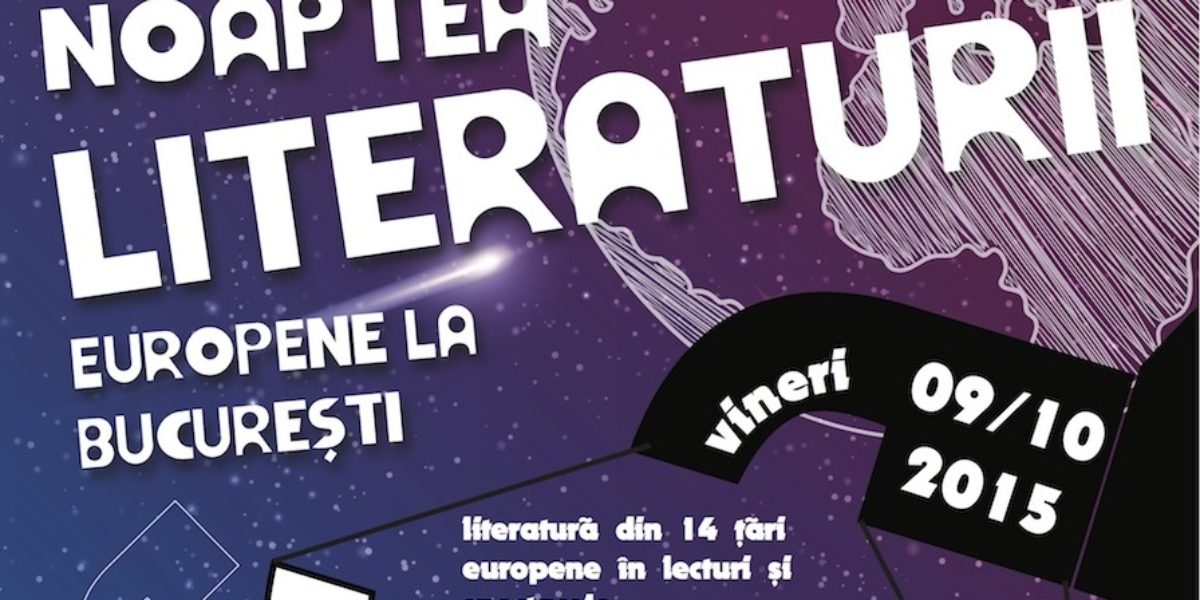 Margarita Karapanou (1946-2008) was the daughter of writer and poet Margarita Limberaki and Yorgos Karapanou. Her novels Kassandra and the Wolf, The Sleepwalker and Rien ne Va Plus, published in Greek, were translated for publication in France, England, USA, Sweden, Israel, Germany, the Netherlands and Italy. The novel The Sleepwalker was awarded the Paris Prize for best novel in a foreign language (1988). Other books published: Lee and Lou, Mama and Life is Terribly Unpredictable. Excerpts from the work of Margarita Karapanou have been included in anthologies and important literary journals.

European Literature Night is a celebration of reading, traveling and stories through which we travel. On October 9, from 19.00 to 24.00, the EUNIC network of cultural institutes in Bucharest will present the fourth edition of the European Literature Night in two spaces: Astronomical Institute of the Romanian Academy and the National Technical Museum “Prof. Dimitrie Leonida”.

Fragments of contemporary literature may be heard through readings by actors, writers, musicians, teachers and journalists.

The public is also invited in the evening of October 9 for a walk through the park of the Astronomical Institute and the National Technical Museum “Prof. Dimitrie Leonida” to discover stories in two places full of personality.