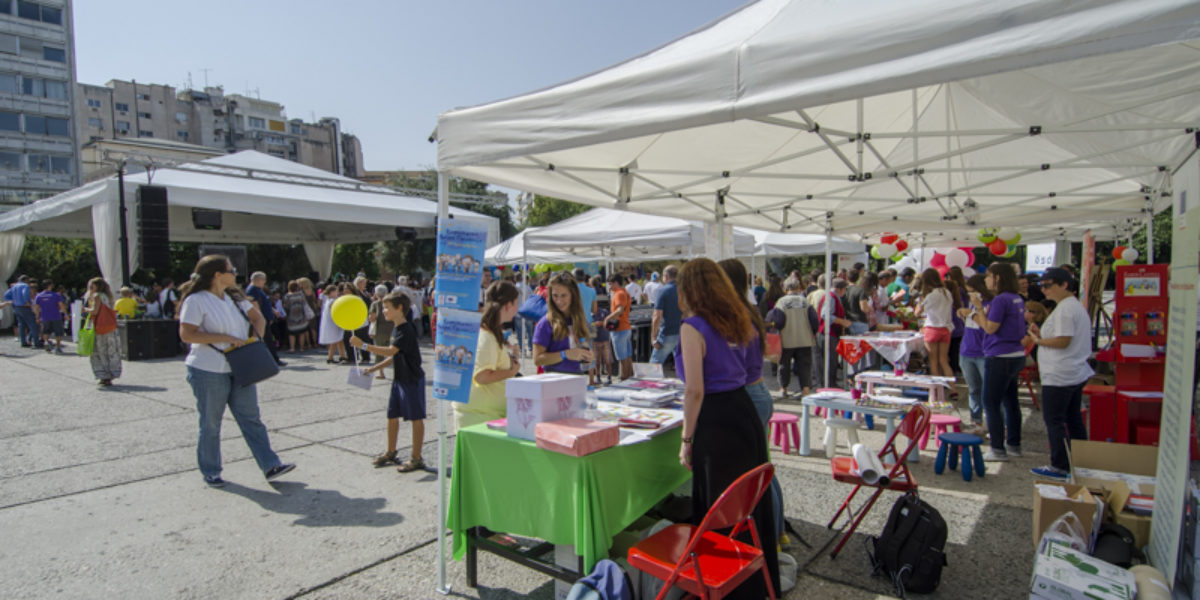 Hellenic Foundation for Culture in cooperation with EUNIC participates in the 2015 European Day of Languages in Athens, Alexandria, Belgrade, Bucharest and Koper.

A few pictures from the events:

An interactive Language Festival held in Alexandria (28/09), which includes language games, workshops and music events. The events are organized by the HFC, the Goethe Institute, the British Council, the French Institute and the Institute BALLAS-Cairo in cooperation with the Biblioteca Alexandrina and the youth initiative Step up. Participants will travel to European countries by discovering different languages ​​- English, German, French, Hungarian, Greek, Spanish, Italian – and their cultures.

The HFC–Belgrade participates in a conference organized on the occasion of the European Day of Languages ​​by EUNIC Serbia, together with the Philological Faculty at Belgrade University, the Office of the Council of Europe and the European Union Delegation in Serbia. The first part of the conference is dedicated to multilingualism and language learning. The second part will feature workshops for teachers of foreign languages. The HFC and the Centre for Greek Language will be holding a workshop on the CGL and its work in teaching and assessment of Greek as a foreign language.

HFC– Bucharest participates in the events on the European Day of Languages ​​organized by thirteen cultural institutes working  in Bucharest. HFC–Bucharest will be holding language competitions at  the Cărtureşti Bookstore as well as Greek language classes for adults. The prizes are offered courtesy of Publications Omonia.

HFC–Trieste participates in the celebration of languages ​​organized in Koper, Slovenia, the home town of Iannis Kapodistrias, by the Associazione per la Cultura e l’Educazione PINA and Europe Direct Koper. H organization under the auspices of the Municipality of Koper and the European Centre for Modern Languages ​​of the European Union.
The program of events in Koper includes:
Language Fair ​​(Fiera delle Lingue), where the pavilion of HFC will distribute informative material on the teaching of the Greek language and Greek culture, while there will also be creative activities for children and screenings .
b) Screenings of European short films entitled “European Film Marathon”. HFC–Trieste will screen four Greek short films (with English subtitles), created by Greek students with the help of their teachers and filmmaker Damian Voganatsi:

Leading up to the event, there will be an online competition, with the chance to win free language courses. Go to the website www.imera-glosson-2015.eu, from 13 July – 13 September 2015 and take part in the treasure hunt, find the Greek phrase on the route and win lessons of English, French, Italian, Swedish, Polish or Czech. The winners of the competition will be announced on the European Day of Languages, 26 September 2015, 10:00-16:00 at Klauthmonos Square.

The event will be presented by actress Evangelia Moumouri.
More information about the program on the European Day of Languages 2015 will be announced soon.

EUNIC (European Union National Institutes of Culture) is a network of national and cultural institutes. The main goal of EUNIC is the developement of succesful cooperation and networks among the participating institutions, the promotion of cultural diversity and understanding of European societies, as well as the strengthening of international dialogue and cooperation in and out of the European framework

The EUNIC cluster of Athens was founded on 10 june 2008. 14 European cultural institutes in Athens signed an unofficial memorandum of cooperation on common projects with the support of Greek institutions from public and private sectors.