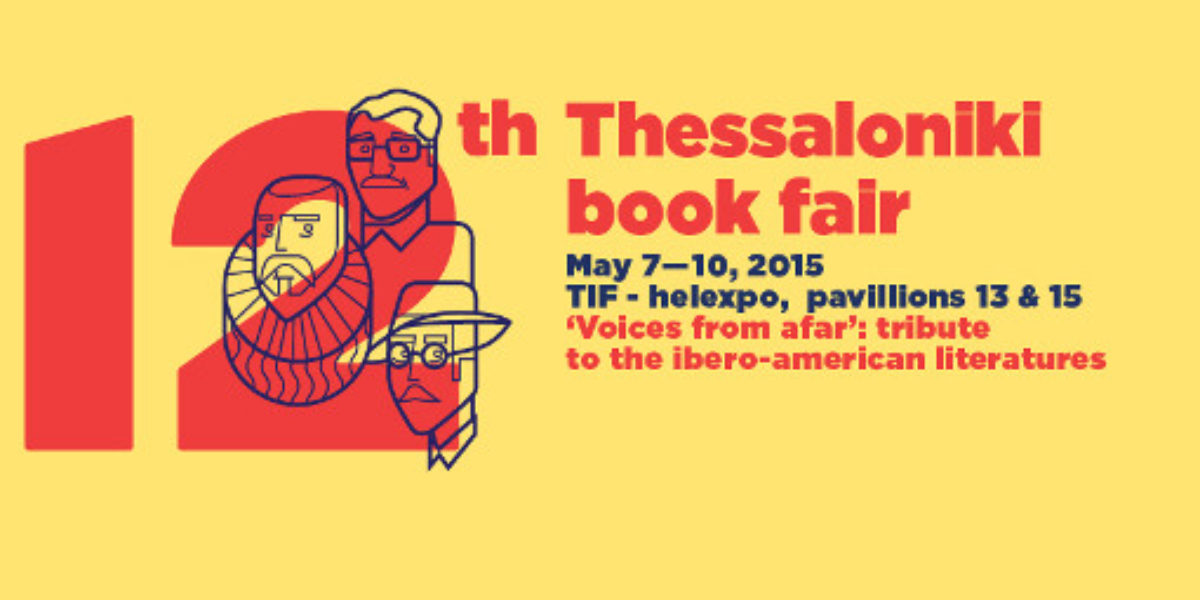 Tribute to the Iberian-American Literature

the HFC organizes a tribute to the work and personality

of the patriarch of Latin-American magic realism,

who has changed the rules of classic literature.

“The faces of Gabo”, a tribute to Gabriel García Márquez

Inauguration – presentation of the exhibition entitled “The faces of Gabo”. 69 cartoonists from Latin America, Spain, Europe and Asia participate with cartoons they have created in honour of the deceased writer within the framework of LEA Festival (under the auspices of and in cooperation with LEA Festival).

“Gabriel García Márquez – the literary legacy of a universal writer”

The journalist Olga Sella talks about the life and work of the writer with his friend and translator in Greece Klaiti Sotiriadou. There is also going to be an exhibition of photographic material from the album of the artist Dimitris Yeros «Dimitris Yeros: Photographing Gabriel García Márquez» (published by Kerber Photo Art).

The Argentinean writer and publisher (director of the literary series of Interzona Publications), Damian Tabarovsky, is having a discussion with Greek book professionals (publishers, translators, agents) on issues of translation and literary exchanges and they all search for new bridges of communication and transfer of ideas.

“The faces of Gabo, the international language of cartoonists”

Two of the inspirers of and participants in the cartoon exhibition entitled “The faces of Gabo”, Adriana Mosquera, Nani, and Omar Figueroa, Turcios, discuss with Adriana Martínez (Director of LEA Festival) about the development of the idea of cooperation with cartoonists from all over the world that have depicted the face of one of the most important writers in the history of literature, the patriarch of magic realism, Gabriel García Márquez.

“Greece in the air – Legacy and challenges of ancient Athenian democracy from the point of view of modern Athens” (Papazissis Publications) by the Hellenist Pedro Olalla.

Speakers: the writer and Óscar Aarón Rodríguez, architect and representative of “The Spanish in Thessaloniki” Association.

The Argentinean Flavia Company and the Spanish Juan Vicente Piqueras read some of their poems accompanied by music and wine.

[simultaneous projection of the translated poems on a screen]

Presentation of the book entitled “Athens” of the Spanish Juan Vicente Piqueras, inspired by the years the writer spent in Athens as a Director of Studies of Cervantes Institute and for which he was awarded with Loewe award.

Presentation of the republication of the essays of Jorge Luis Borges translated by Achilleas Kyriakidis (Patakis Publications), a feat that has been considered as the publishing event of the year.

“Fernando Pessoa as a poetic myth”

Maria Papadima, a translator and associate professor at the Department of French Language and Literature of the University of Athens (State Award for Literary Translation for the work of Fernando Pessoa “The book of disquietude”, Exantas Publications, 2008) will talk about Fernando Pessoa, the Portuguese poet, and primarily a poetic myth, created by his life as well as his work, and will discuss with the film director Stelios Haralampopoulos, the creator of the documentary “The night Fernando Pessoa met Constantine Cavafy”.

Projection of the film.

The guests of the tribute: Carmen Posadas, writer (Uruguay), Adriana Mosquera, Nani, cartoonist (Colombia) and Flavia Company, poet (Argentina), are having a conversation with the writer Eusebi Ayensa Prat about the importance of female voice in art, literature and all around the world.

“From Bolívar to Chávez, the vision of Latin America”

The book of the Greek-Peruvian journalist (Kedros Publications) records the political course of the controversial leader of the Bolivarian Revolution, Hugo Chávez, the death of whom in 2013 has left the so-called revolutionary Left in Latin America “fatherless”.

“Writers of Latin America – our most distant close relatives”

The Argentinean writer and publisher Damian Tabarovsky discusses about the literary affinities, politics, the economic crisis, the interventional role of the writer as an experience and other interesting issues with: Yannis Baskozos, journalist and director of “O anagnostis” magazine, and Makis Provatas, journalist.

On the occasion of the writer’s book entitled “Medical autobiography” (Papyros Publications).

“Glances at the Catalonian literature: A brief overview”

and the Greek Open University, and Nikos Pratsinis, interpreter, translator and professor of translation at the “Abanico Centre of Spanish, Portuguese and Catalan Language”.

Philip Drakontaidis, a writer and translator, and Makis Provatas, a journalist, will talk about the recently deceased Uruguayan writer Eduardo Galeano [“Les veines ouvertes de l’Amerique Latine” (1971) has been translated in 20 languages].

Presentation of the adaptation in comic of the classic masterpiece “Don Quixote” by the British creator Rob Davis, the translator of the comic Maria Christou and the cartoonist Spyros Derveniotis.
ORGANIZED BY: HARAMADA PUBLICATIONS
15.00 – 16.00

“Bonsaitexts: An original species of Spanish literature”
A new species of popular literature, with old roots and many collateral origins. A literary equivalent to the rapid changes and diversions of everyday life.

Art and literature: a conversation in Spanish painting

The lecture proposes a tour through a collection of works of important Spanish painters, such as Velázquez, Picasso, Dalí and Tàpies, in which one can discern some of the various relationships and connections that have been diachronically developed between painting and literature.

Presentation of the life and work of the great figure of bossanova, the bohemian poet and song writer from Brazil, Vinicius de Moraes, creator of one of the most well-known songs in the world: “The girl from Ipanema” (Garota de Ipanema).

Μartha Moreleόn and Román Gómez intervene and “comment” in a musical way with songs of Moraes.

A discussion regarding the special features and the similarities and differences between the literatures of the Iberian Peninsula and Latin America.

“The faces of Gabo” – a tribute to Gabriel García Márquez

69 cartoonists from Latin America, Spain, Europe and Asia honour the Nobel-prize winner by participating in an exhibition that is presented in the TBF, after it has been presented in Athens and Rome, while there follows Boston. The conception of the idea and the route of the cartoon exhibition will be outlined in a workshop of Cartoon Design by two of its inspirers: Adriana Mosquera, Nani, and Omar Figueroa, Turcios, discussing with Adriana Martínez, director of LEA Festival.

(Under the auspices of and in cooperation with LEA Festival)

After many years, opposite the “squad” of the cartoonists, the colonel of Letters, Gabriel García Márquez, would remember that night when his father took him to show him the ice.

There, against the wall, dozens of cartoons waited for him, trying to explain the man and his work. To bow humbly before a genius.

There was not much fuss, with loud music announcing his new works, only silence, because the magician of reality was no longer between us.

This is only a small sample of the admiration for the Colombian Nobel-prize winner in the field of cartoon design and the Letters, which are inextricably linked to imagination.

*During the events where there are foreign speakers participating there is going to be simultaneous translation.