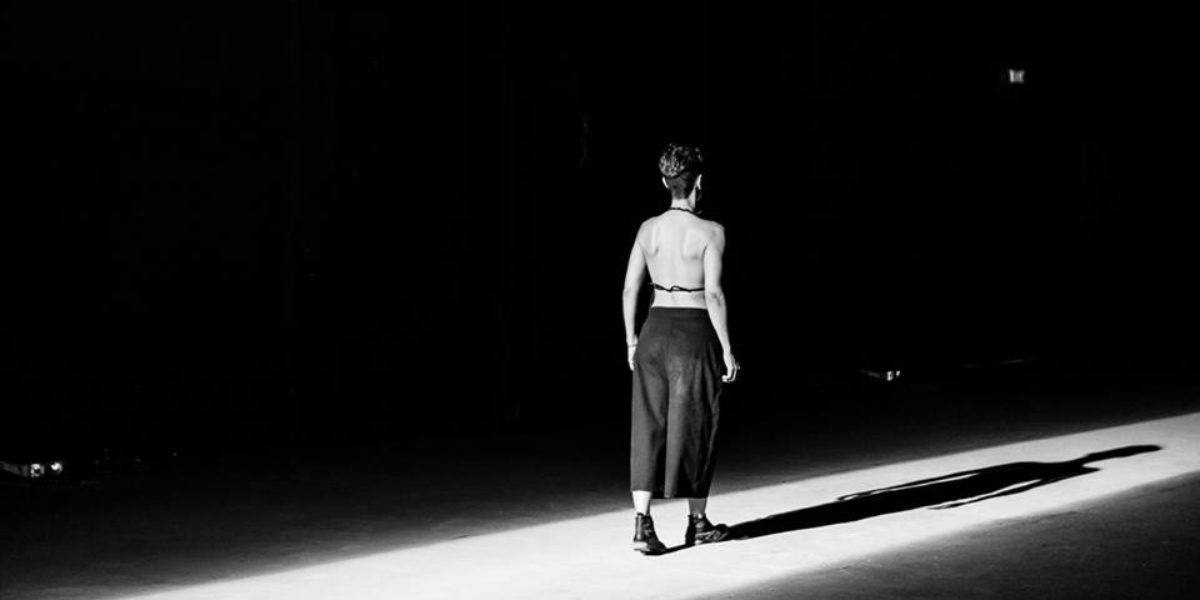 The body moves, the body is quiet. The body speaks, the body remains silent. Is what what see always what we think we see? The story is a non-story. What is the approach to dance as an abstract visual art form, as a moving image in sound, free from limitations of meaning. A performance-conversation that explores the work of dancer and choreographer Marianna Kavallieratos in a journey through contemporary dance and looking for new forms of movement.

Marianna Kavallieratos was born in Athens. She began her dance training at the Carol Hanis Ballet School and studied contemporary dance at the London Contemporary Dance School. She spent year as an exchange student at the State University of New York. Later she studied the Graham technique in the Graham Studios in New York. Since 1992 she is a staff member and participant in the Watermill Center in Watermill Southampton, New York. As a dancer she has participated in many productions by Robert Wilson with: TS Eliot – Une Femme douce – Persephone – The Days Before DDD III – Wings on Rock – Prometheus – Alcestis (The Opera) – Relative Light, Odyssey. She danced 2000-2004 in the Dance Company Cobalt Works Arco Renz in Brussels. In 2010 she formed her own dance group Klokworks, and created the following pieces: MOMENT (Athens Festival 2010. This work was also in the Guggenheim Museum in the series Works and Process, an evening program with selected artists from the Watermill Center, curated by Robert Wilson, and listed at the festival Satellart-Transmitting Greece in May 2012 in Milan), AUTO RUN (Athens Festival 2012) Recalculate (a production of the Onassis Cultural Center), Stations (Athens Festival 2014 and Dimitria Festival in Thessaloniki. A solo dance performance in cooperation with the composer Dom Bouffard, the visual artist Charles Sandison and lighting designer Eleftheria Deko.), ON (a Performance, provided with texts by Christopher Knowles, presented at the Triennale 2014 in Milan as part of the exhibition of Christopher Knowles). Marianna Kavallieratos worked as a choreographer with the actress and director Lydia Koniordou for the play Flandro at the Greek National Theatre, as well as for the tragedy of Hippolytus at the theater in Epidaurus as part of the Athens Festival in 2014. She is a teacher of dance and movement at the Veakis and Embros Drama School. She has directed a dance workshop at the Summer Academy of the Greek National Theatre. In addition, she teaches dance since 2001 in various dance studios in Athens and in the context of the summer program at the Watermill Center in New York.