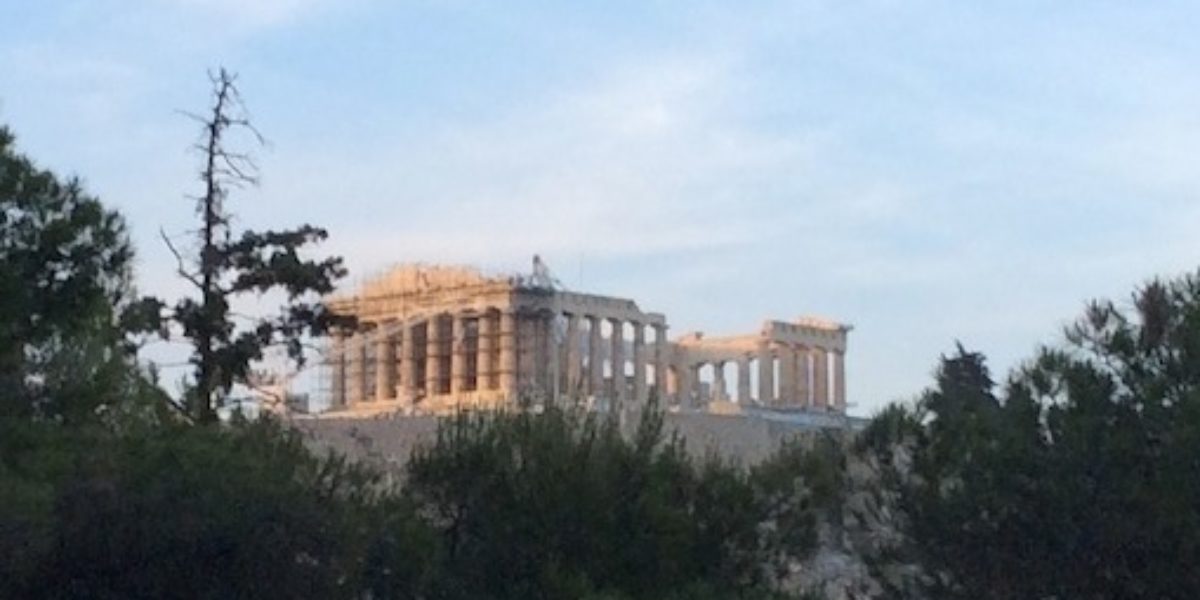 The Parthenon is a double peripteral Doric temple with several unique and innovative architectural features. The temple proper is divided into pronaos, cella and opisthodomos, with a separate room at the west end, and is surrounded by a pteron with eight columns on each of the short sides and seventeen columns on the long ones. The columns had the same width as those of Parthenon II, so that use was made of the material prepared for it, even though the new temple was much broader than its predecessor.

The interior demonstrates an innovative approach to both new and old elements: inside the cella a double pi-shaped colonnade established a background for the gold and ivory statue of Athena Parthenos, which showed the goddess in full armour carrying Nike (Victory) to the Athenians in her right hand. The west room, where the city’s treasures were kept, had four Ionic columns. The two-sloped wooden roof had marble tiles, marble palmette-shaped false antefixes along the edge of its long sides and false spouts in the shape of lion heads at the corners. Marble statues adorned the corners of the pediments and large, ornate palmettes their apex.

The pediments were decorated with sculptural compositions inspired from the life of the goddess Athena. The east pediment depicted the birth of the goddess, who sprang from the head of her father, Zeus, before an assembly of the Olympian gods, while the west pediment showed Athena and Poseidon disputing for the possession of the city of Athens before the gods, heroes and mythical kings of Attica. Ninety-two metopes alternating with triglyphs were placed above the epistyle of the outer colonnade and under the architrave. All of them were adorned with reliefs, the earliest sculptures of the Parthenon. Their themes were derived from legendary battles: the Gigantomachy was depicted on the eastern side, the Trojan War on the northern side, the Amazonomachy on the western side and the Centauromachy on the southern side. The frieze, an element of the Ionic order, brilliantly added to this Doric temple along the top of the cella, pronaos and opisthodomos, depicted the splendid procession of the Panathinaia, the greatest festival of Athens in honour of Athena.