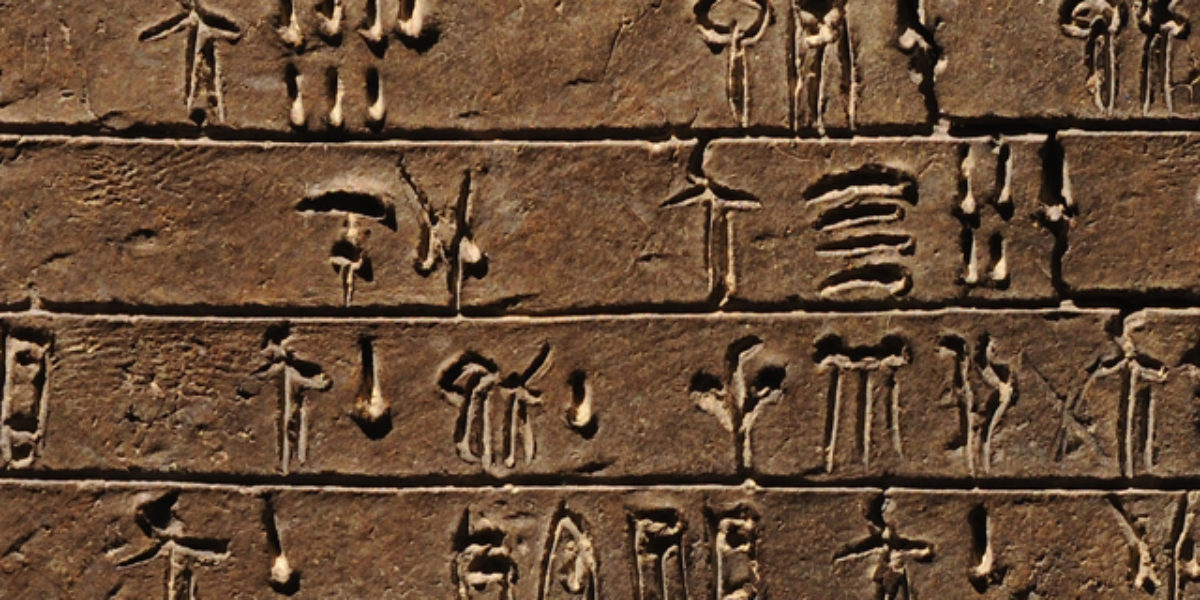 Greek belongs to the Indo-European language family. Proto-Greek speakers possibly came to the Greek peninsula in the 3rd millennium BC and Proto-Greek is assumed to be the ancestor to all known varieties of Greek. Since the 3rd millennium BC, Greek has been spoken uninterruptedly in Greece. Although scholars tend to emphasize the antiquity, the Greek language does not end with the classical period or the Hellenistic Koine. On the contrary, it shows a remarkable continuity through the Roman, Byzantine, and Ottoman Empires down to the present.

The first written documents in Greek date back to the 13th century BC, when Linear B was employed by the Mycenaean civilization of the mainland, influenced by the Minoan civilization of Crete. Linear B, as a writing system, was borrowed from the older civilizations of the Eastern Mediterranean; it was syllabic – where every sign stands for a syllable – and served the Mycenaeans’ complex accounting needs. Deciphered by Michael Ventris in the 1950s we know it to be Greek; however, it was abandoned due to its complexity, as it needed 90 signs to express all the syllabic combinations, and because the Mycenaean civilisation collapsed, entering the Greek world into a so-called Dark Age.

During the late ninth or early eight century BC, a new writing system appeared, in the form of an adaptation of the Phoenician alphabet, in which redundant consonant sounds were redeployed for the first time to represent vowel sounds. Around 400 BC the Ionic version of the alphabet was standardized and the modern version derives ultimately from this source, when, in the Hellenistic period, lowercase characters appeared and accent signs were introduced. The orthography was also formed during the Hellenistic years, when the pronunciation of many sounds changed and the scholars of the period aspired to write the words as before the change and prescribed their spelling.

At first, Greek was written from right to left like Phoenician and Arabic, later it was written boustrophedonically – turning like oxen in ploughing – as a kind of bi-directional text, and only towards the end of the sixth century BC was writing from left to right established.

Starting from the 5th millennium BC peoples from Anatolia moved to the west and south, mostly for reasons of agriculture. The Greek tribes moved to the geographical area now known as Greece from the 20th to the 12th century BC. There, their Indo-European Proto-Greek dialects were strongly influenced by the dialects of the indigenous peoples, the pre-Hellenes, mainly in terms of vocabulary. They adopted in their dialects mostly vocabulary regarding concepts characteristic of the Mediterranean culture, plant and animal life; 9 out of 10 place names, plant names, and fish names are remnants of pre-Greek language, as well as cultural concepts and names for gods. Until the 5th century BC, pockets of non–Greek-speakers remained in what had otherwise become a Greek-speaking area.

The ancient Greek dialects originally derive from Indo-European. The language evolved from Indo-European phonologically by vowel gradation, i.e. the change of the thematic vowel in the different grammatical forms of the same word, by avoiding difficult consonant clusters, and by avoiding similar sounds in neighboring syllables. These phonological changes resulted in a melodic language, with a rhythmic alternation between vowels and consonants. Another great characteristic of the Greek language is its ability to form compound words.

Scholars conventionally discern between three large dialectic groups in Ancient Greek: the Ionian-Attic, the Central (Arcado-Cypriot, Aeolian-Achaean), and the Western (Doric of the Peloponnese, Epirus, and Western Central Greece). Of the Macedonian dialect no texts survive from the period before the Macedonian kings made the Attic dialect the official administrative language; it is now known that it was a Greek dialect, closely related to the Aeolian and Doric with basic characteristics of the Proto-Greek language.

Not only the spoken language but also the written and artistic language showed linguistic variety. Initially, the Greeks wrote the same language as they spoke but later created standards and models to be followed according to the literary genre. The origin of the writers or the dialect of their homeland was not important, and authors wrote in the dialect deemed appropriate for their chosen genre. So, the common Ionian was used for epic poetry, elegies, and historical folklore; the common Doric for choral poetry, philosophy and rhetoric. Gradually, during the 5th century BC, the Attic dialect gained in prominence, mainly because of the political importance and domination of the city-state of Athens and the cultural and artistic eminence of the city. The Attic dialect, being used as a medium of literary expression, acquired a high level of sophistication and prestige throughout the Greek-speaking space, which would later propel it as the language appropriate to unite the Greeks.

During the reign of Philip II in Macedonia, the Attic dialect was chosen as the official language of the Macedonian state, initially for its administrative needs and then for the education of the upper social strata and from there its use spread to the entire Macedonian people and became an instrument for the dissemination of Greek culture to the ends of the known world through the conquests of Alexander the Great.