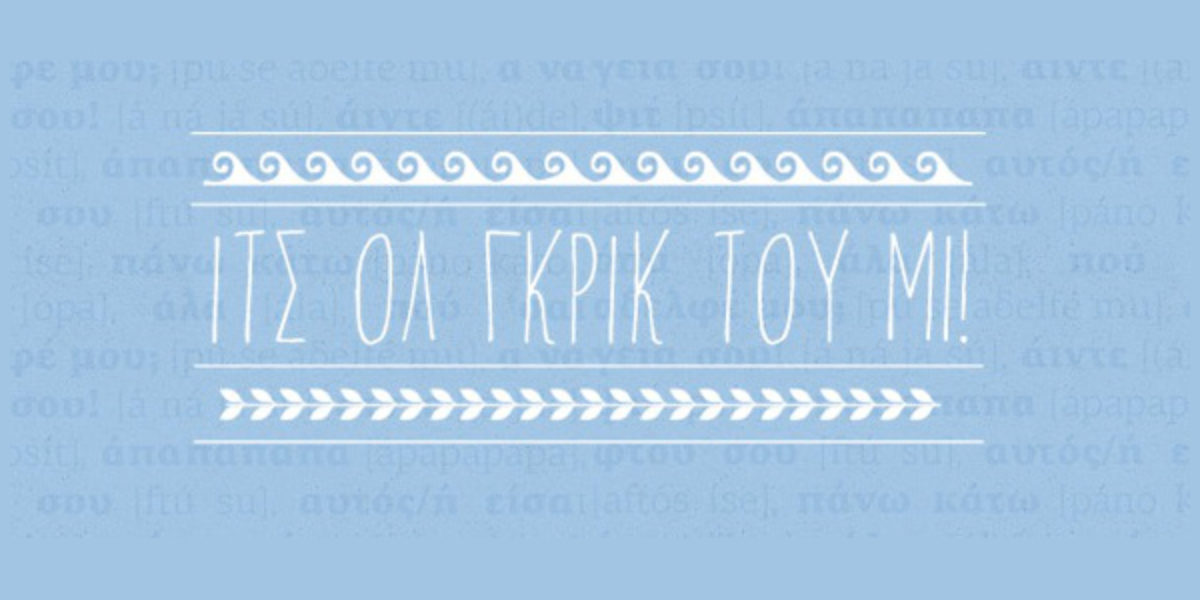 At the end of the 18th century and the beginning of Greek Enlightenment, there were two different camps of Greek scholars: a. those who cultivated archaism and pinned on it their hopes for the nation’s cultural renaissance, and b. those fighting archaism and suggesting the establishment of the people’s language – or as close to it as possible – as the medium of education and literature. Those latter ones believed that archaism was actually an obstacle for the education of the people, since they could not understand the language of instruction.

The debate, even before the Greek Revolution for independence from the Ottoman Empire (in 1821), and after the creation of the Modern Greek state in 1833, concerning the creation of a national language is also inseparably linked to the diglossia that has been a defining feature of the Greek language for centuries. The different approaches reflected the conflicting ideological, social, and political commitments of the agents of the time.

One approach was the classicizing one: it promoted the resurrection of a classical Greek free of “impure” admixtures. A second approach led to the Katharevousa, meant to “cleanse”, “purify” and “rectify” the demotic; to free it of the Turkish loanwords and to rectify the phonology, morphology, and syntax through the grafting on of classicizing forms. The third approach was in favor of the spoken language as the only legitimate candidate for assuming the function of the national language.

In oversimplified terms, the proponents of all approaches had the same goal, they just went about it in different ways; the goal being the need to affirm the European and Greek identity of Modern Greek, which was not taken for granted everywhere in Europe.

In 1884, Vernardakis showed the impasse to which archaism leads, because it made the written word the privilege of only a small group of learned people. Psycharis, in 1888, called for the establishment of the demotic – the spoken language of the people – as the written language of the nation. The issue was not the vocabulary, but the grammar. Anyone can learn any word, as long as it conforms to the Modern Greek morphological system, when it doesn’t clash with the linguistic sense of the speaker.

The first written use of the demotic appears in literature and the theatre, and efforts are made to introduce it in education, the press, and other sectors of cultural life. With this aim, clubs, journals, magazines, and newspapers started printing in the demotic.

In 1917, the government of Elefterios Venizelos established the demotic as the language of instruction for the first four grades of elementary school and limited the Katharevousa to the final two grades.

Uprisings and riots were also part of everyday life in the capital during the Language Issue, with people demonstrating and rioting against the use of the demotic. Two very characteristic ones where the riots in 1901 on the occasion of the translation of the gospels into the demotic, which riots even led to the resignation of the government of Georgios Theotokis and the termination of the bishop of Athens, Prokopios, and another riot in 1903 when the Oresteia was staged in the Royal Theatre in Modern Greek.

Slowly, the people started to grasp that the demotic did actually have a lot to offer to education and that it could be used as the language of instruction in the schools. Naturally, compromises were made: the demotic retains the grammatical features and the vocabulary that are common with the ancient, but also introduces vocabulary from ancient Greek, adapting it to the demotic morphology, except in the cases where this is impossible.

The Greek language through the ages has shown great continuity, and its many dialects did not stray too far to break up into many different languages. This was because of strong unifying factors, such as the political and cultural unity fostered or imposed by the Byzantine Empire, the sense of group identity as against the Muslims, Armenians, Slavs, or the Latins of the West, which in time became a sense of national identity.

Indeed there have been drastic changes in phonology, morphology, syntax, and vocabulary, but these just show the evolution of a living language. The most important changes date back to the Hellenistic Koine and therefore it was then considered “corrupt” and “impure” by the Atticists.

Modern Greek now belongs to the group of “small” languages of the European Union. Together with the other “small” languages it needs to work to safeguard its position and to increase its presence. The better way to do this, i.e. protect its “alterity,” is through the emphasis on its historical idiosyncrasies and continuity and its commonalities with other languages.