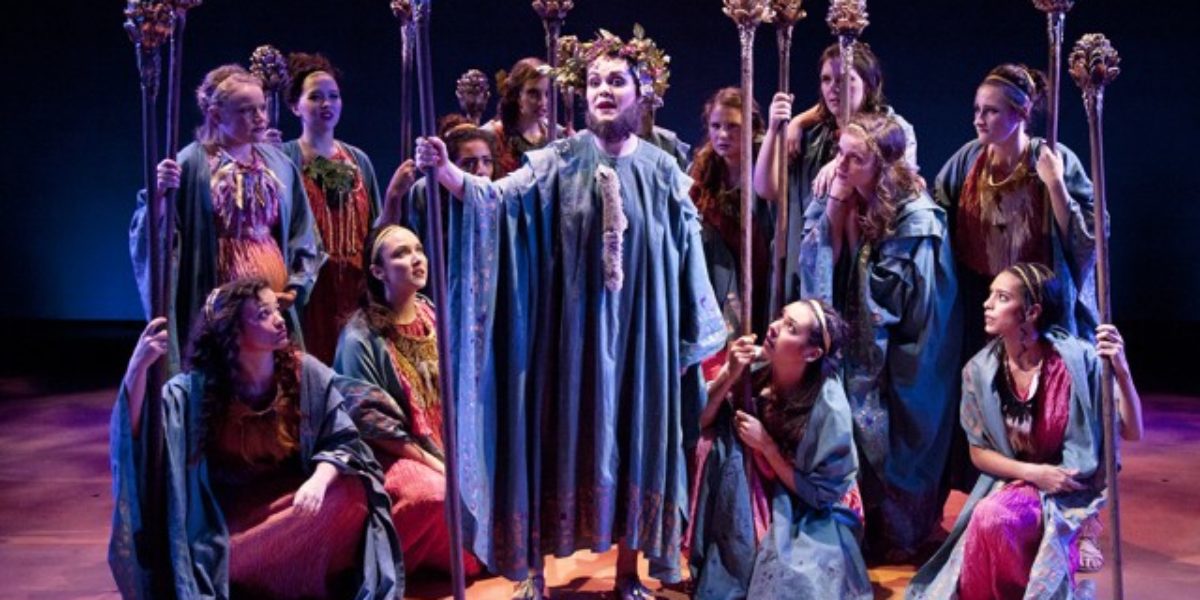 Although tragedy and comedy had their common origin in the festivals of Dionysus, the regular establishment of tragedy at Athens preceded by half a century that of comedy. This initial period of comedy is called the Old Comedy and may be said to have lasted about 80 years (470-390 BC). Of the forty poets who are named as having illustrated it the chief were Cratinus, Eupolis and Aristophanes.

The Old Comedy was possible only for a thorough democracy. Its essence was a satirical censorship, unsparing in personalities, of public and of private life – of morality, of statesmanship, of education, of literature, of social usage – in a word, of everything which had an interest for the city or which could amuse the citizens. Preserving all the freedom of banter and of riotous fun to which its origin gave it an historical right, it aimed at associating with this a strong practical purpose – the expression of a democratic public opinion in such a form that no misconduct or folly could altogether disregard it.

For a comic poet of high caliber the consciousness of a recognized power which he could exert, and the desire to use this power for the good of the city, must always have been the uppermost feelings. At Athens the poet of the Old Comedy had an influence analogous, perhaps, rather to that of the journalist than to that of the modern dramatist.

Fifty-four comedies were ascribed to Aristophanes. Eleven only are extant. These eleven form a running commentary on the outer and inner life of Athens during thirty-six years. They may be ranged into three periods. The first, extending to 420 BC, includes those plays in which Aristophanes uses an absolutely unrestrained freedom of political satire. The second ends with the year 405 BC. Its productions are distinguished from those of the earlier time by a certain degree of reticence and caution. The third period, down to 388 BC, comprises two plays marked by general self-restraint.

The first period comprises The Acharnians (425 BC), The Knights (424 BC), The Clouds (423 BC), The Wasps (422 BC) and The Peace (421 BC). The first and last plays deal with the conflict between Sparta and Athens. The Knights is mainly an attack on Cleon, a prominent statesman and general, whereas in The Clouds, Aristophanes satirizes the philosophers who were in vogue at the time, chief among them Socrates. The Wasps is a satire on the Athenian love of litigation. The main character, Philocleon, is an old man who has a passion for lawsuits. In the second half a change comes over Philocleon; from litigation he turns to literature and music and is congratulated by the chorus for his happy conversion.

The second period consists of The Birds (414 BC), The Lysistrata (411 BC), The Thesmophoriazusae (411 BC) and The Frogs (405 BC). In The Birds two Athenians persuade the birds to build a city in mid-air – Cloud Cuckoo Land (this play being the origin of the expression in English) – thus cutting off the gods from man. Among various interpretations, the play has been seen as a general satire on the prevalence at Athens of headstrong caprice over law and order. The Lysistrata has as its plot a sex strike by the Athenian women to force their men to put an end to war. The latter two plays mainly satirize Euripides, the famous tragedian.

From the final period we have only two plays surviving, The Ecclesiazusae (393 BC), in which the women, disguised as men, take over the parliament and pass a new constitution, and The Plutus (388 BC), a moral allegory.

Aristophanes was a natural conservative. His ideal was the Athens of the Persian wars. He disapproved of the policy, which had made Athenian empire irksome to it’s allies and formidable to Greece; he detested the vulgarity and the violence of mob-rule; he clave to the old worship of the gods; he regarded the new ideas of education as a tissue of imposture and impiety. How far he was from clearness or precision of view in regard to the intellectual revolution, which was going forward, appears from The Clouds, in which thinkers and literary workers who had absolutely nothing in common are treated with sweeping ridicule as prophets of a common heresy.

Aristophanes’ imaginative susceptibility gave him a warm and loyal love for the traditional glories of Athens, however dim the past to which they belonged; a horror of what was ugly or ignoble in the present; a keen perception of what was offensive or absurd in pretension. The broad preferences and dislikes thus generated were enough not only to point the moral of comedy, but to make him, in many cases, a really useful censor for the city.

Adapted from the 11th Edition of the Encyclopedia Britannica, by the HFC.